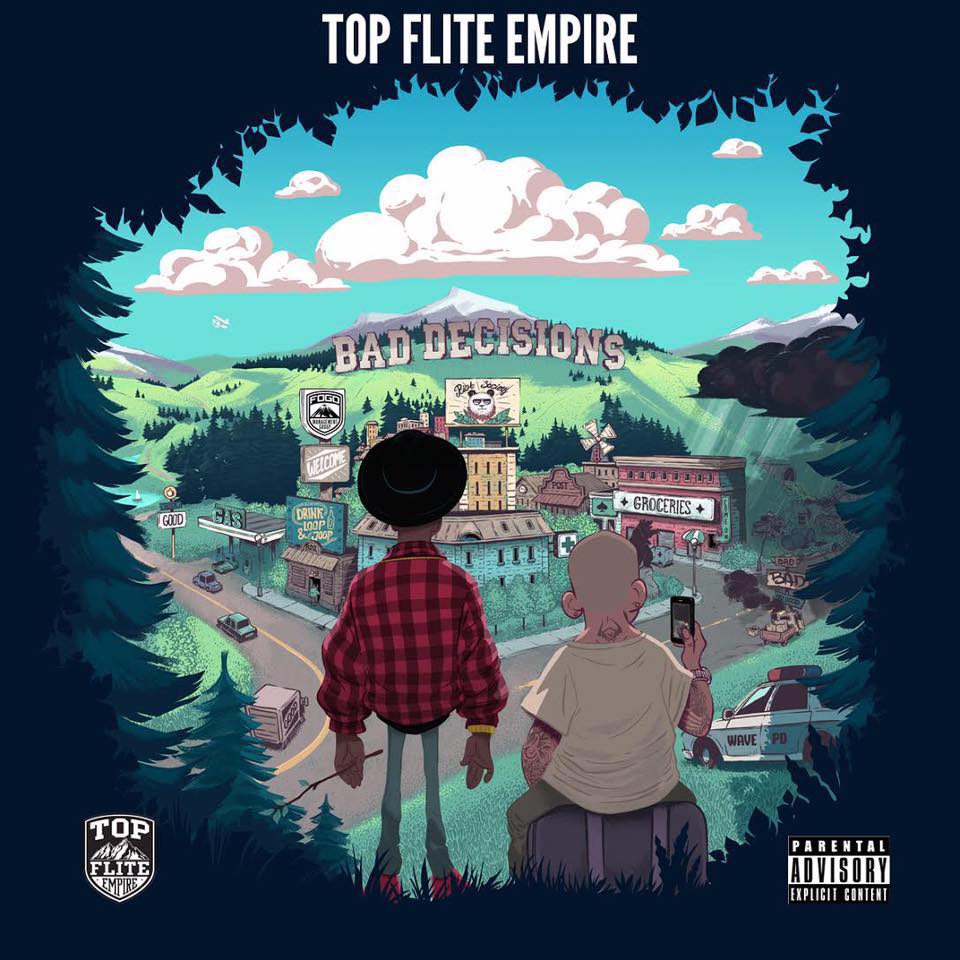 The duo is comprised of King Tef (Sean Garris), who has been rapping and performing since the age of 5, and Hypnautic (Brian Godeaux), a commanding presence who quite literally cites music as saving his life. Poised to become the biggest rap group to come out of Denver, their previous mixtape included “OTFTM”, one of the most requested songs on Sirius XM. Now, following a performance at 4/20 Rally alongside Wiz Khalifa and Lil Wayne, Top Flite Empire brings their first official album to the world.