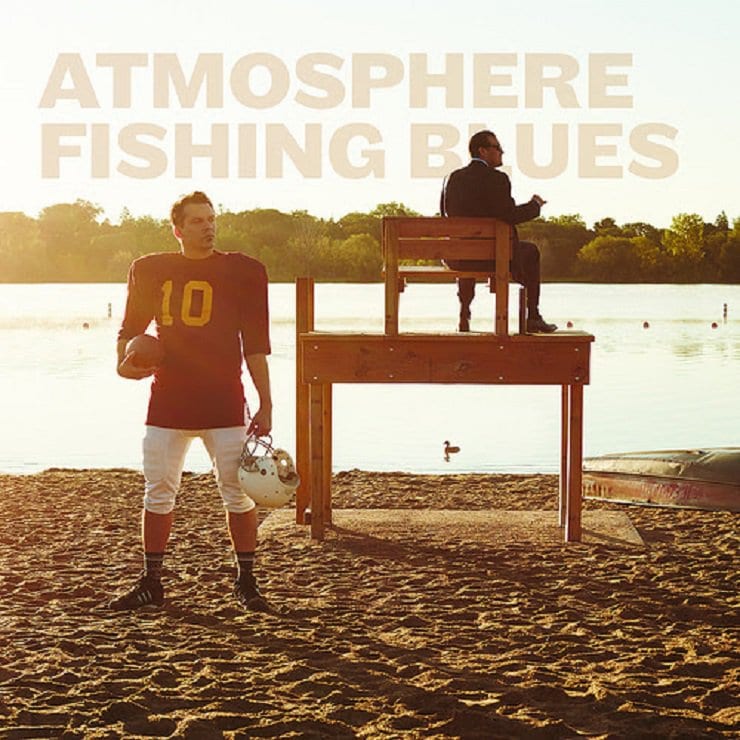 The rap duo Slug (Sean Daley) and DJ/Producer Ant (Anthony Davis) AKA as “ATMOSPHERE” have made a huge impact in the Indie Scene for over a decade. The duo from Minneapolis have been working together for over 20 years creating music and gained recognition back in 2002 after their successful track released “God Loves Ugly”. Slug and Ant have always functioned well as a duo because they’re in search of the same thing: shared feelings.  Ant once said he’s a “sensitive f***ng person” who’s “totally just about truth,” peddling his emotions through a blues-tinged soundboard, and Slug is a working class MC who shares every painstaking thought from deep in his tortured soul.

They recently dropped a new album called “Fishing Blues”. In this album Slug talks a lot about growing up and growing out of insecurities, fears and speaks about fishing for all you have wanted.  What makes Slug so different than most rappers out there is that he does not highlight himself as girl banging, drug dealing millionaire who just cares about making money.  He’s just a dude who wants to get home to make love to his wife, play with his kids and just do what he loves to do as he flows in the song “Next to you”.

In this album and just like in any other past albums Slug speaks about angst of an entire society fed up with police violence with “Pure Evil.”  Everything about this album is great, not to mention the great beats that Ant brings in every track. If you’ve been following Atmosphere you would probably appeciate this album and  see that Slug has matured and is much more focused on  his family and playing music for his fans.  If you are new to the group then maybe this album won’t be your favorite  due to its pacing and down-trodden tempo but in between the suburban man bars should lay some appreciation for storytelling.