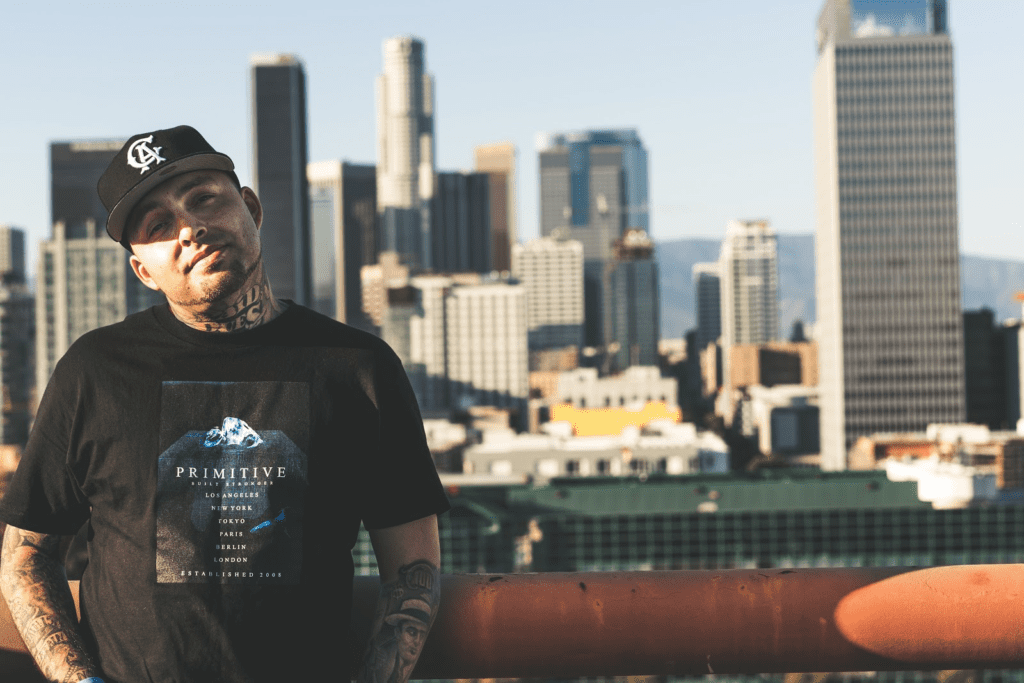 West Coast rapper 60 East teamed up with Sly Boogy & Blu earlier in the year to pay tribute to California over a Leksbeatproduction. ‘The Origin’ features the Inland Empire bar smith, Wake Up Show veteran and L.A lyricist trading verses about their love for The Golden State. Following support from 2DopeBoyz, the single alongside the preceding ‘10,000 Hours: A Story of Success’ project, 60 toured Europe and performed at the 15th Annual Hip Hop Kemp Festival. Sharing stages with the likes Redman, EPMD, MGK & Anderson Paak, alongside others.

Returning from a second tour in Europe, 60 East is releasing a video for the critically acclaimed collaboration to celebrate the announcement of his appearance at this year’s A3C Festival. Unfortunately, Sly Boogy’s incarceration ruled him out of appearing in the video but 60 & Blu hold it down regardless. If you’ve never wanted to visit L.A before, you definitely will after a watch of ‘The Origin.’