After proving all of the critics wrong with his debut release “Married To The Money” which featured G-Unit recording artist Young Buck, J.R James is back once again with another major collaboration. This time, he goes to work with Nappy Boy Entertainment recording artist Shawnna on his latest release “1st Class Chick.” The single was just released through iTunes, Apple Music, Spotify and over 40 other digital retailers.

The single was recorded by Ferior of 1st and 15th Entertainment Studios (owned by Lupe Fiasco) and produced by Trey V Beats. Being the second major release off J.R James’ label “Heartless Hustler,” this marks the closing of one chapter and the moving onto a new one. J.R James’ previous release with Young Buck made some major noise breaking the top 20 across multiple promotional charts and selling over 100K cumulative streams and download units worldwide. 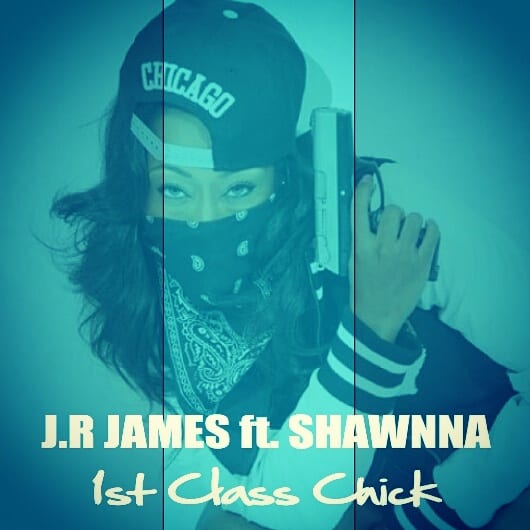 Now J.R James has launched what he hopes will be another successful project. This one with Shawnna, who has been making some waves for herself as well, with her latest single “Wobble” also breaking multiple promotional charts and becoming quite the viral tune, landing on many of today’s top blog networks. J.R James is hoping that both of their waves combined will flood the industry and land him his first ever release on the Billboard and Mediabase charts.