The Book By DJ Semtex, “Hip Hop Raised Me” Foreword By Chuck D

From its origins in the block parties of the Bronx in the 1970s to its status today as a global multi-billion dollar industry, from the voice of disaffected urban America to a President-electing powerbase, from Grandmaster Flash to Jay-Z, Hip Hop is nothing less than a phenomenon. Not just the most important musical genre of the past four decades, Hip Hop has transcended its origins to impact on every aspect of 21st-century culture. Today Dr Dre is at the vanguard of the music industry’s digital revolution, Kanye West is courted by the fashion industry and makes front page news, while Kendrick Lamar maintains Hip Hop’s legacy as a voice for the voiceless—for the Ferguson riots generation—in the seething socio-political commentary contained within his lyrics.

Written by DJ Semtex, host of the UK’s premier Hip Hop show on BBC Radio 1Xtra, HIP HOP RAISED ME is the definitive illustrated book on the essence, experience and energy of Hip Hop. This unique volume traces the characteristics and influence of Hip Hop, from its very beginnings to its breakthrough into the mainstream and the advent of gangsta rap in the late 80s, to the impact of contemporary artists and the global industry that is Hip Hop today. With his encyclopedic knowledge of the genre and his personal relationships with many of the most significant names in Hip Hop, DJ Semtex provides readers with the ultimate insider’s perspective. 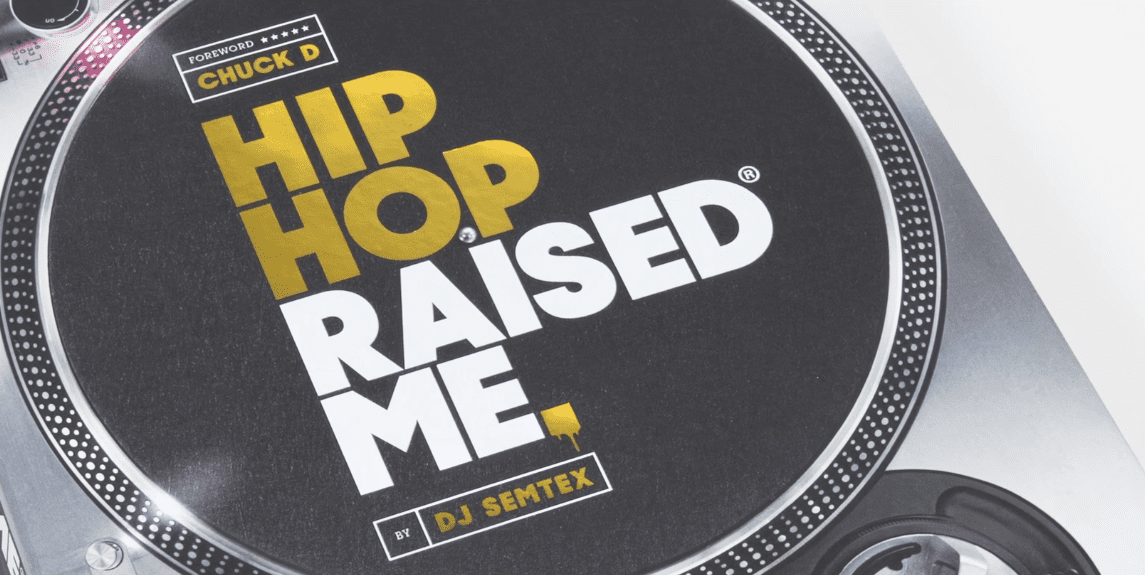 Numerous infographic treatments track the four pillars of Hip Hop culture as well as the genre’s many fashion trends. These supplement specially commissioned photography of Hip Hop memorabilia and vinyl, as well as contact sheets, outtakes, and glory shots from key photographers in the movement. The depth and breadth of HIP HOP RAISED ME is visually matched by the rich and plentiful illustrations that make this the complete Hip Hop survey.

The publication of HIP HOP RAISED ME coincides with multiple key dates in Hip Hop history – 40 years since Grandmaster Flash broke out of the Bronx; 30 years since the release of the Beastie Boys’ “Licensed to Ill”; and 20 years since the release of Jay-Z’s “Reasonable Doubt.” Demonstrating the continued power and cultural relevance of Hip Hop culture, HIP HOP RAISED ME is essential reading for Hip Hop heads, music lovers, and anyone with an interest in pop culture, and social and economic history of the past forty years.

HIP HOP RAISED ME will be available on amazon.com, barnesandnoble.com and indiebound.org