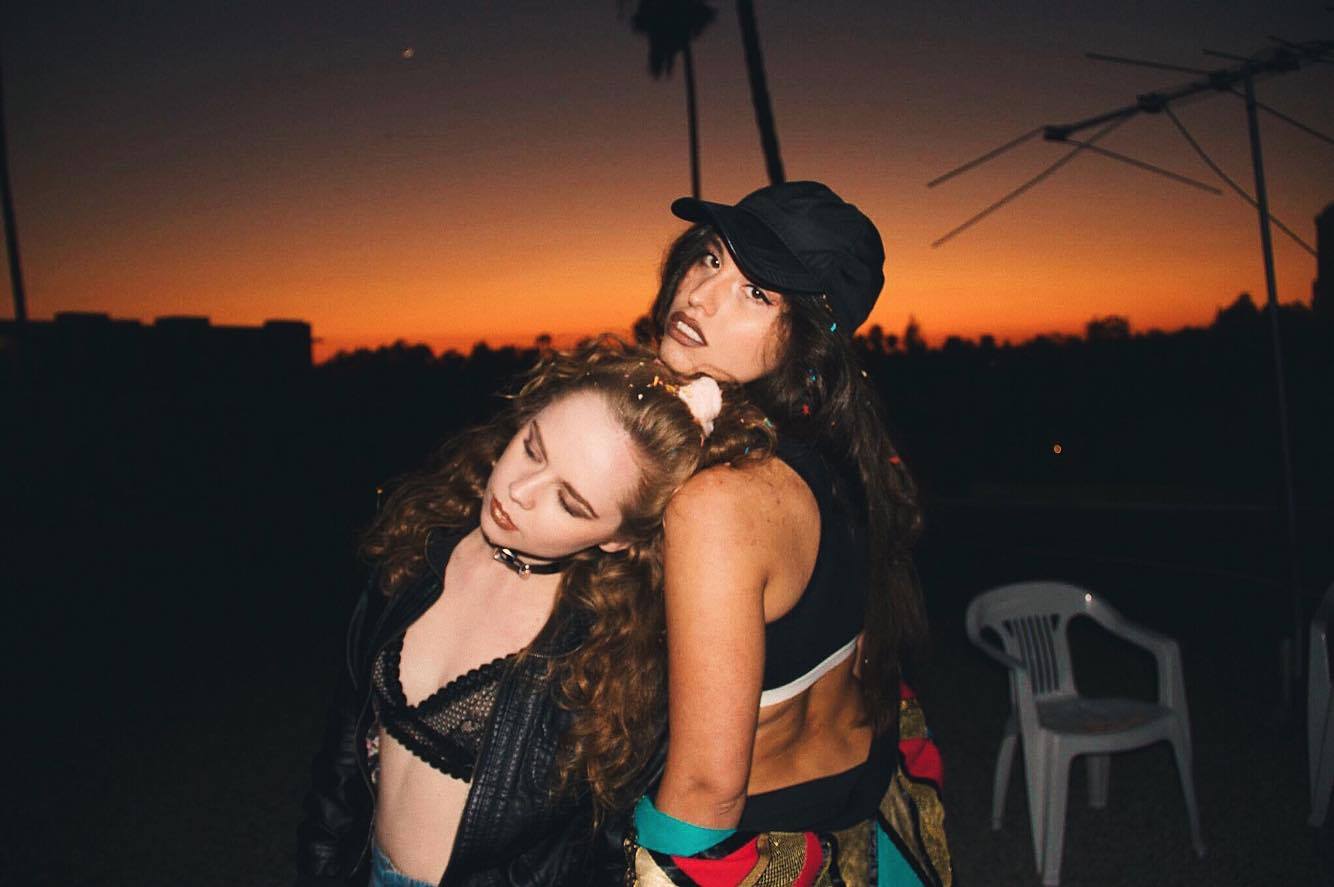 “DRIPKISS is new to the rap game, with her roots in Virginia and a newfound home in Los Angeles. She is known for her raunchy singles about sex and drugs, including “VODKAGATORADE.” and “DUMB KID.” Her sound is frequently described as drip-hop, cheerleader rap, melt trap. A queer woman, her lyrics often mimic those of male rappers, but with a tongue-in-cheek spin, i.e. the lyrics on CONFESSION: “Hold up, I fucked a girl at my ex-boy’s place/ Now he’s destroyed, wish he could backspace.” Since relocating to the West Coast, she has started collaborating with other females rappers, including visionary BebeSol. The duo (who also work as actors in LA) have two videos out now that comment on the superficiality of Hollywood. DRIPKISS has shows on the horizon and a clothing line in the works so stay tuned.”