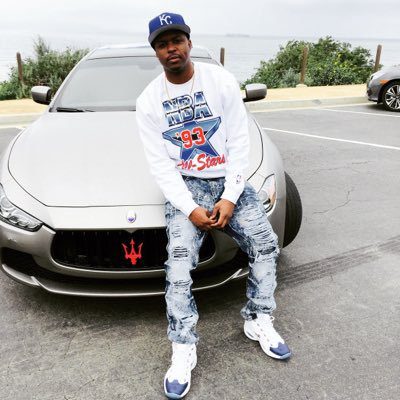 is one of the best lyricist, songwriter & Freestyer out of Chicago. He gained fame from his Youtube video battles, mixtapes (Murderwoods Vol 1 & 2) and appearances all over the Midwest. He would win endless amounts of battles dating back to his high school days at Proviso East in Maywood IL. Scientific knew he had a rare gift and so did others. He formed a crew called GMS (get money squad), which consist of 4 members: Scientific, street Profit,Rome T and Change

In 2005, Scientific signed a $500k record deal with Nutty Boyz Entertainment/EMI Capitol Records. The company is owned by former NBA Star, Minnesota Timberwolves guard Troy Hudson. After being shelved for 3 years, he asked for a release from the company. Following his release, Scientific started raising his stock even higher. In 2007 he was a top 5 national finalist on MTV2 On The Rise contest. In late 2008 he appeared on 106 & Park Freestyle Friday and always has something popping on indiecharts.com.

Now he’s blowing up the Midwest with his singles, “POINT EM OUT” (the bustdown song), in which Scientific shot a video for and has over 22,000 views on youtube.com with no promotions. Scientific’s follow up single “BOOMERANG”, is doing well in the clubs, Sold over 2000 ringtones, and a big seller on iTUNES and other online music stores. His new single “SEND IT UP” is creating quite a buzz and has over 3000 internet radio spins to date.