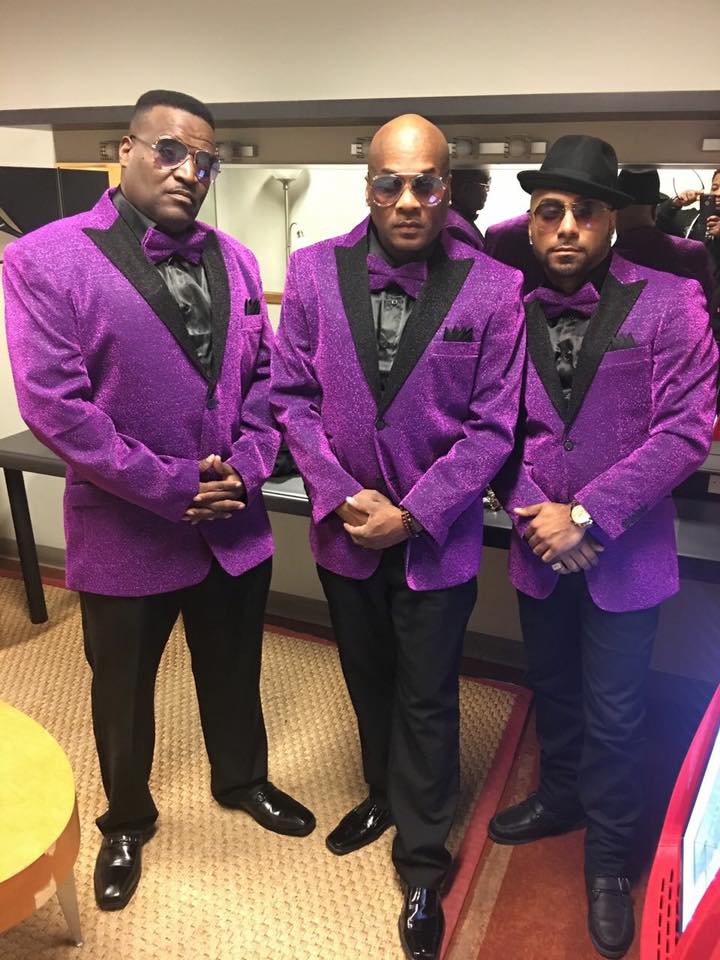 Force M.D.s got their start performing on the Staten Island Ferry, where they met Radio personality and influential producer Mr. Magic. Soon, Mr. Magic brought them in to the Tommy Boy Records office and signed them on the spot. Force M.D.s are known for being one of the pioneers of the hip hop/soul movement; their hits “Tender Love” (from the Krush Groove soundtrack and the 1985 album Chillin’) and “Love is a House” (from the 1987 album Touch and Go) are quiet storm classics, fusing elements of doo-wop, R&B, jazz, and pop with old-school hip hop roots.
Originally known as The L.D.s, the group changed their name to the Force MCs and eventually Force M.D.s, with the “M.D.” standing for “Musical Diversity”. After the passing of founding member Antoine “T.C.D.” Lundy, members Charles “Mercury” Nelson and Trisco Pearson, and collaborator DJ Dr. Rock, the group now consists of founding members Stevie D Lundy and Rodney “Khalil” Lundy along with their nephew Zieme Capers.
“Don’t Rush” comes as the first single from Force M.D.s’new album “Fly With You”. Urban Insite calls it “a fine return to form of a vocal group that adeptly distills the essence of soul” and SoulTracks praised the group’s “always impeccable harmonies.” It’s a tale of wanting to get intimate without going too fast. Musically, it’s everything you’ve known and loved about Force M.D.s for over three decades, with a modern twist: “I’m turning off my iPhone/ Twitter and Instagram will have to wait/ Cause I’m gonna have my way with you tonight.”
The “Don’t Rush” video follows the group’s members as they (separately) lead their women around New York City and eventually to candlelit bedrooms. It’s a passionate, seductive clip that shows the Force M.D.s singing and grooving and looking as good as ever. Fans of everything from hip-hop to soul to R&B from the 1980s till now are sure to love it.