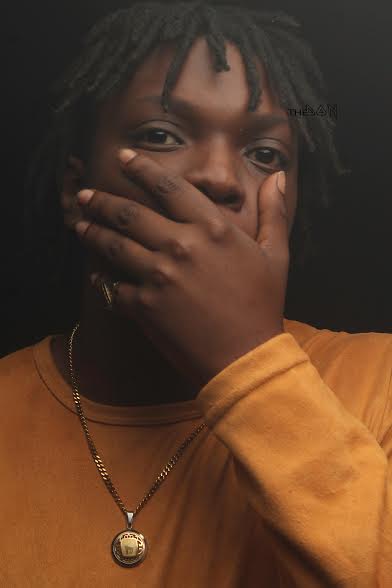 Rah Tha Ruler the 20-year-old hip-hop phenomenon was born on the south side of Jamaica, Queens but attributes most of his raising to the area of Brownsville in Brooklyn NY, where he lived most of his life. Throughout his time living in Brooklyn, he fell in love with the culture and raw talent the borough had to offer, fueling his passion for creating music.

In 2013 when he dropped his first mixtape Seven Seals a story of commencement as he puts it, where he says goodbye to a life of stagnancy and depression and hello to a life of success and glamor. In 2015 he followed this up with his second release John Doe continuing the story of the previous tape where Rahmel essentially speaks about giving up his old life in search of something different, displaying a collage of his emotions from beginning to end.

After taking some time off Rahmel started 2017 strong with the releases of “Full Throttle”, “Frank Muller”, “What The Lick Read”, and most recent “Where Ya Heart At” each of which displayed his new taste in the music game.

To create these projects Rahmel worked closely with producers such as Daniel Timothe, RoseGoldHov and CashMoneyAp who produced for A boogie and Desiigner. While also featuring artist both on his own team “OZ Nation Records” such as D-$tone and Daniel Timothe, an artist outside of it such as “Kai Ca$h” from CYN and “The Sound” on some of his tracks.

When asked about his sound Rahmel mentions “I try to give as much of myself on each track without giving too much of myself”. He does this all while incorporating notes of RnB, Soul, and Reggae to his usual Hip Hop/Rap tracks giving his singles a uniqueness artist in his genre tend to shy away from.

Rahmel calls this sound a “soulful bounce” because of the combination between soulful lyrics hard hitting drums and a groovy bass. This unaverage sound has allowed him to perform on stages such as Club Pyramid’s artist showcase and, the Power 105.1 Power Is Industry showcase where spectators were highly impressed by his style and flow.

Recently Rahmel has announced a new tape set to drop in the next few months entitled “Rah Tha Ruler” saying that this project will be a continuation of the stories off of his previous works, however, this time he will look deeper into his rise to superstardom, and his process of finding himself. Planning to not only uplift himself but those who listen