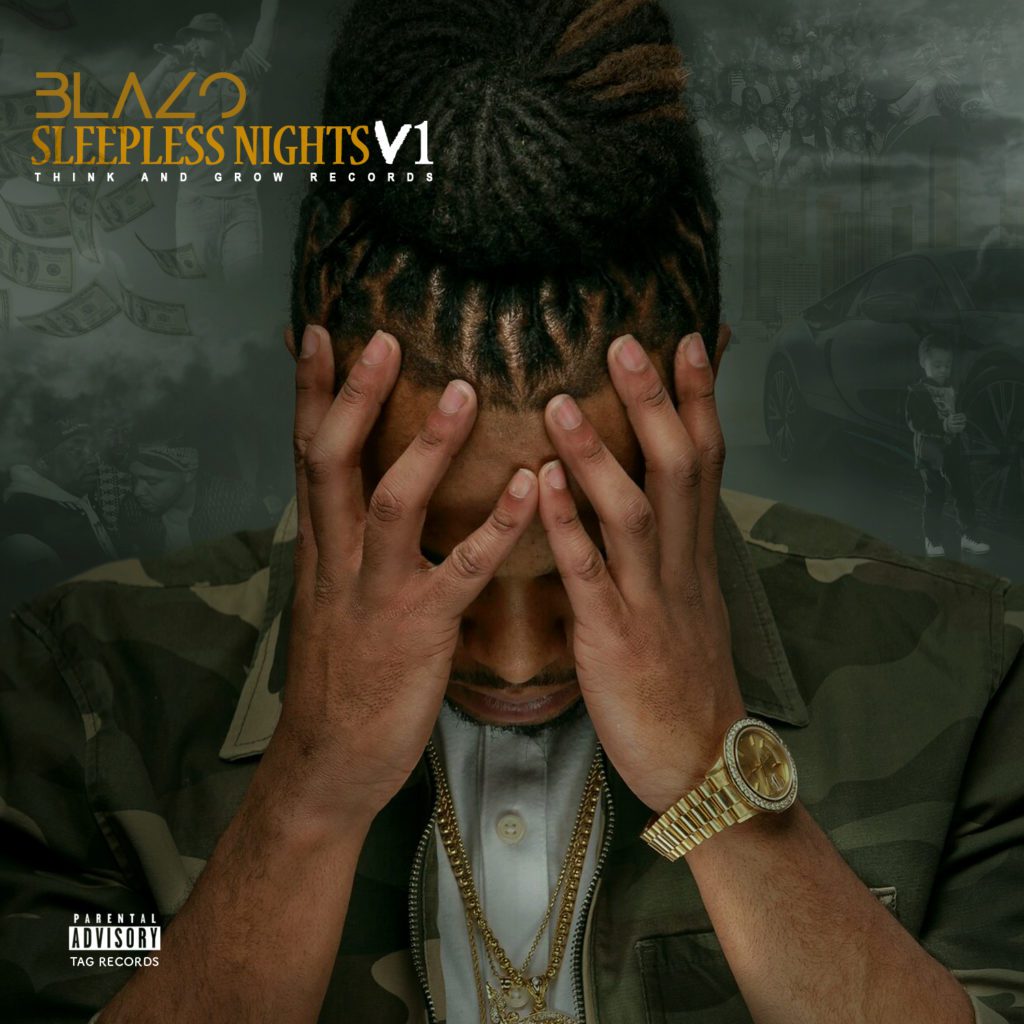 Michael Relerford Jr. better known by his stage name Blazo (Blaze – o), hailing from the streets of Beloit,WI & Rockford,IL in which he reps both. With the success of his 2016 single “Is He The Plug” which reached 1 million views on worldstar hip hop, he has made himself a well known name in the Midwest and Georgia area. The single was featured on his debut project under Think And Grow Records entitled Tables Always Turn which earned 100,000 plus streams via MyMixtapez and sound cloud with no major budget campaign.

Blazo has been recognized for his work by superstar celebrities such as Floyd Mayweather Jr. , Joe budden, 50 Cent & has also collaborated with billboard chart topping hip hop artist Tory Lanez. The fan base has grown and listerners on spotify and apple music have grown significantly since the release of his first single “Ima Dog” which is featured on the new highly anticipated follow up project/first mixtape series installment entitled “Sleepless Nights Volume 1”. Set to release June 20th, 2017 via Soundcloud, datpiff, spotify & apple music.

With his unique sound, melodic beats and saavy flow mixed with real life content Blazo holds the receipt to a new wave the can and will take the game by storm.