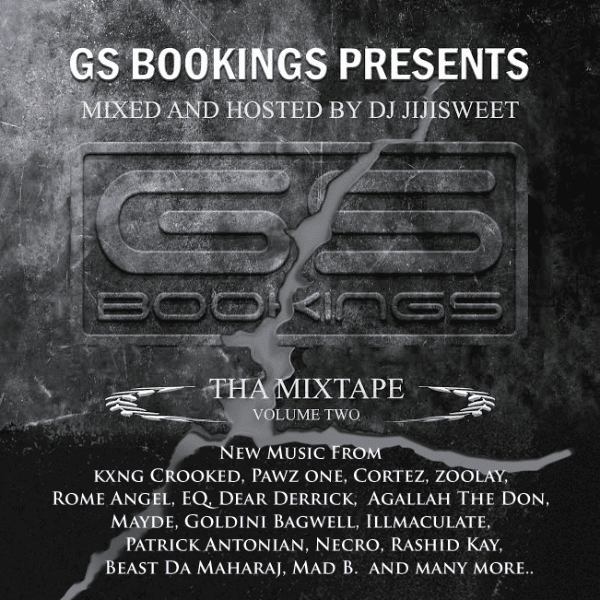 GSBookings, an independent music agency specializing in promotions and bookings for independent hip-hop artists has released the second, Mixtape Volume 2 which features the music of its artist roster including artists such as KXNG CROOKED, ZOOLAY and many more.

The Mixtape Volume 2 features two new remixes of KXNG CROOKED’s hit Next that was previously released on his Good vs. Evil project. The new remixed tracks are from up and coming producers Red Lettaz and Stone Flacco both from Chicago, Il who were winners of the IStandard Producers Remix Contest on Instagram. Producers were asked to remix the track and post their version on social media. With over 100 submissions, the top 2 remixed tracks are featured on the mixtape.

Female, Latina owner Ginger Silvera, is the visionary of “Mixtape Volume 2” which showcases the music of her clients. GSBookings is credited as being the first hip-hop booking agency ever to release a project that only features the artists on its roster. Established in 2010, GSBookings has been committed to booking today’s top artists for live performances in various markets around the world whilst providing promotion and consulting services.

“Mixtape Volume 2” is available for free download at soundcloud.com/gsbookings and gsbookings.bandcamp.com. For more information and to book the artists featured on the mixtape for live performances, sponsorships, features or placements email GSBookings at info@gsbookings.com or visit gsbookings.com.