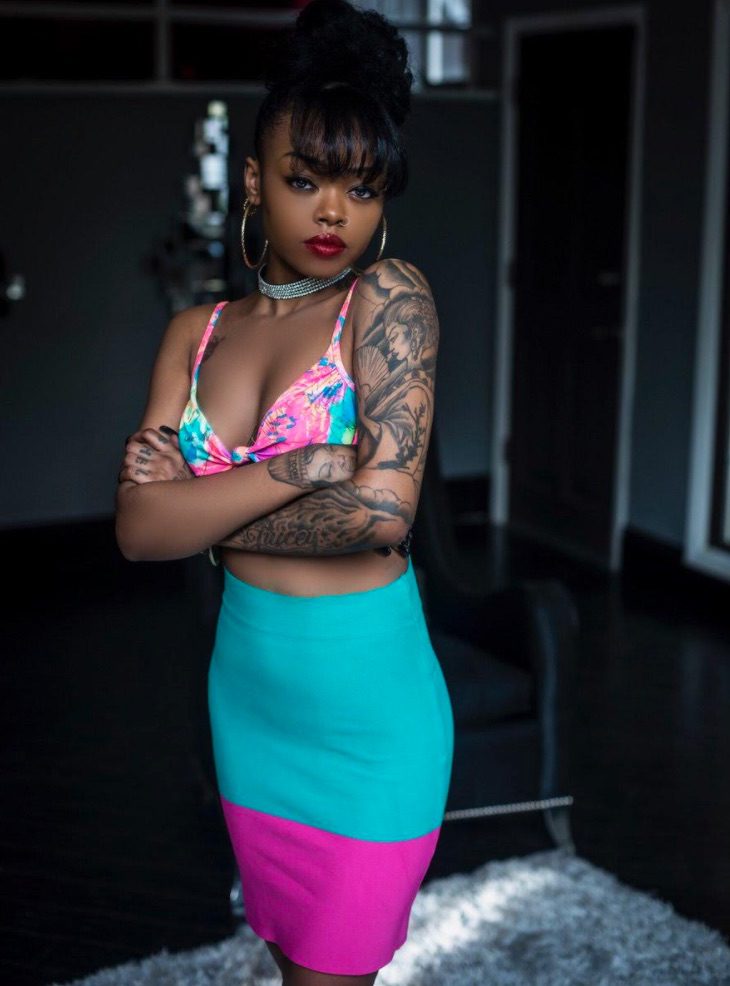 With the name Maliibu Miitch, you may expect this rapper to hail from Southern California. But Maliibu Miitch is an east coast girl through and through- she’s a proud lifelong resident of the South Bronx. She tells Bossip that she came up with the name randomly, but it developed a meaning over time: “Maliibu is the softer, chill, playful and worldly side of me and Miitch came from ‘Paid In Full,’ the movie, which shows my gritty, hard, hood side! The Bronx in me.”

Nicknamed “everyone’s favorite bad bish” by Paper Magazine, Maliibu Miitch has been rapping for seven years now. She recently released the Top 5 mixtape, a modern twist on some classic ’90s jams. In April, she filmed the music video for her newest track “4 A.M.”, and a clip of her and her squad twerking on the subway went viral on Instagram, reaching over 323,000 views and bringing her to an impressive 97,000 followers.

“4 A.M.” is a no-nonsense, rapid-fire track tearing down the haters who try to bring Maliibu Miitch down: “I’m boomin, they hating and throwin a fit/ These haters is jocking, these is flocking”. In the wee hours of the morning, Maliibu Miitch and her girls enter the subway station and pop open a bottle of Hennessy before boarding the train. She’s fierce and she’s fire-y, and after getting off the subway, raps from on top of a police car: no one, and no authority figure, can bring her down.