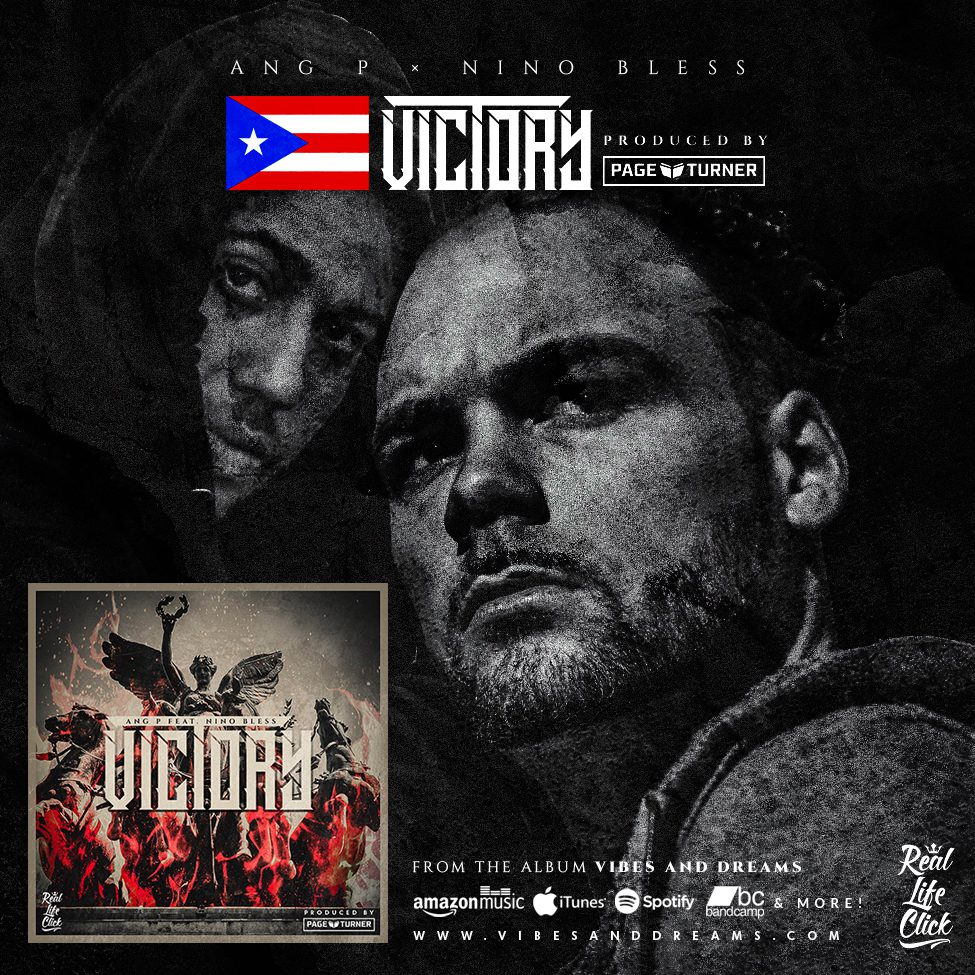 The track starts out with a rapid-fire acapella from Ang P that runs right into the drop of a Page Turner
beat that comes in kicking down the door. For the rest of the track Ang P and Nino Bless take turns spitting head turning bars while letting the listener know where they stand in this rap shit.

Ang P’s newest release, Vibes and Dreams, is the official follow-up to his 2016 LP, L.I.F.E., which featured the singles, “My Profile”, “Sadderday” and “Deflategate”.

Stream “Victory” above, courtesy of Soundcloud.