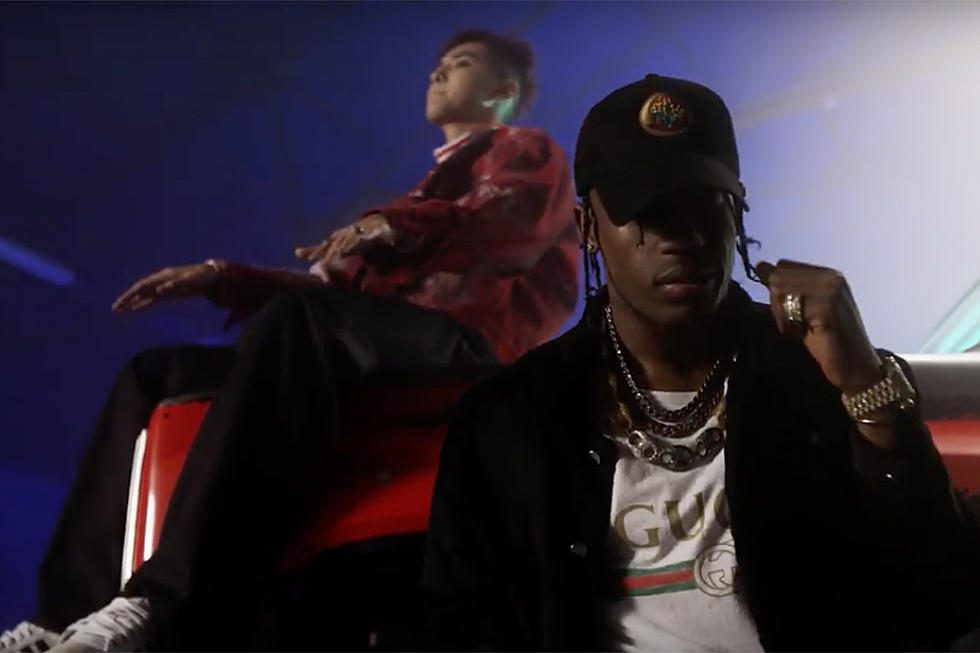 As 2017 came to a close, Chinese singer Kris Wu debuted with an unexpectedly contagious debut single, “Deserve,” featuring La Flame himself Travis Scott. In-support of the hot debut, Kris Wu links up with Travis Scott to turn audio into visual with the release of the official music video for the track.

On the Colin Tilley-directed video, the rising indie and the “Rodeo” hitmaker pull up to the party with a pair of monster trucks and give the ladies what they deserve ironically. The two flame on and trade verses and give us a neon masterpiece debut. “Deserve” is Kris Wu’s first official single as a solo artist. The Beijing, China act is currently aligned with Ace Unit Culture Media Co.

“Deserve” is a breakout introduction for the singer for many who maybe unfamiliar with the Chinese/Canadian actor. Kris Wu is originally apart of the successful K-Pop group EXO.

Watch the new video above.