How To Get Your Music In Front Of More People 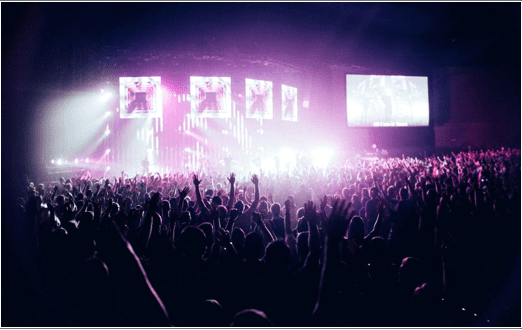 How To Get Your Music In Front Of More People

Music is a very competitive industry. It doesn’t matter whether you’re just starting out and playing in small venues and bars, or you’re gearing up to record your second album and embark on a world tour, you will be facing other people doing the same. You will also want to get your music in front of as many people as possible, with the resources of a major record label behind you that obviously becomes a lot easier.

For those who don’t have that kind of budget or resources, however, there are more creative and more affordable ways that you can get your music in front of more people.

So let’s talk about social media, because, as you are no doubt aware, that is the proving grounds for the modern musician or band. It’s possible to build a following, even release an album, without ever having to set foot on a stage. Getting your music up on SoundCloud and then linking to it to your social media is very simple, but it is only half the battle.

Getting your music online is the easy part and posting it onto your various social media accounts is simple and straightforward as well. This will put your music in front of your existing followers and if you’re lucky they will then share it themselves and net you some more plays.

The internet makes uploading your music simple, and if you’re smart about the way that you use social media, it’s possible to put your music in front of hundreds, even thousands, of new people. But gigging, the tried and tested method of building a band’s reputation, remains the most important tool of all.

On social media you can upload tracks that you have recorded, either in a home studio or professionally. This will let people experience what your band sounds like, but it won’t give them the full experience of listening to your music. Many people feel that live music is the only way to truly experience it, whether you agree with this or not, audiences who enjoy your gigs will head straight to your social media and other profiles where photos and videos they share can further boost your exposure.

Again, this is an area where many people have allowed the digital landscape to completely eclipse the more traditional analogue one. Most people listen to their music on mp3 these days, and you can always make digital versions available to fans online, but many people will also be willing to buy a CD at your gig in order to support your music. There are now CD printing services who will allow you to make your CDs look the part. Many of these same companies will also offer manufacturing and copying of CDs; if you are able to order in bulk, you can save money.

The more people you can get your music in front of, the better chance you have of securing new fans. After all, if people aren’t hearing your music, they can’t like it! Do everything you can to increase your audience and develop your musical talents.