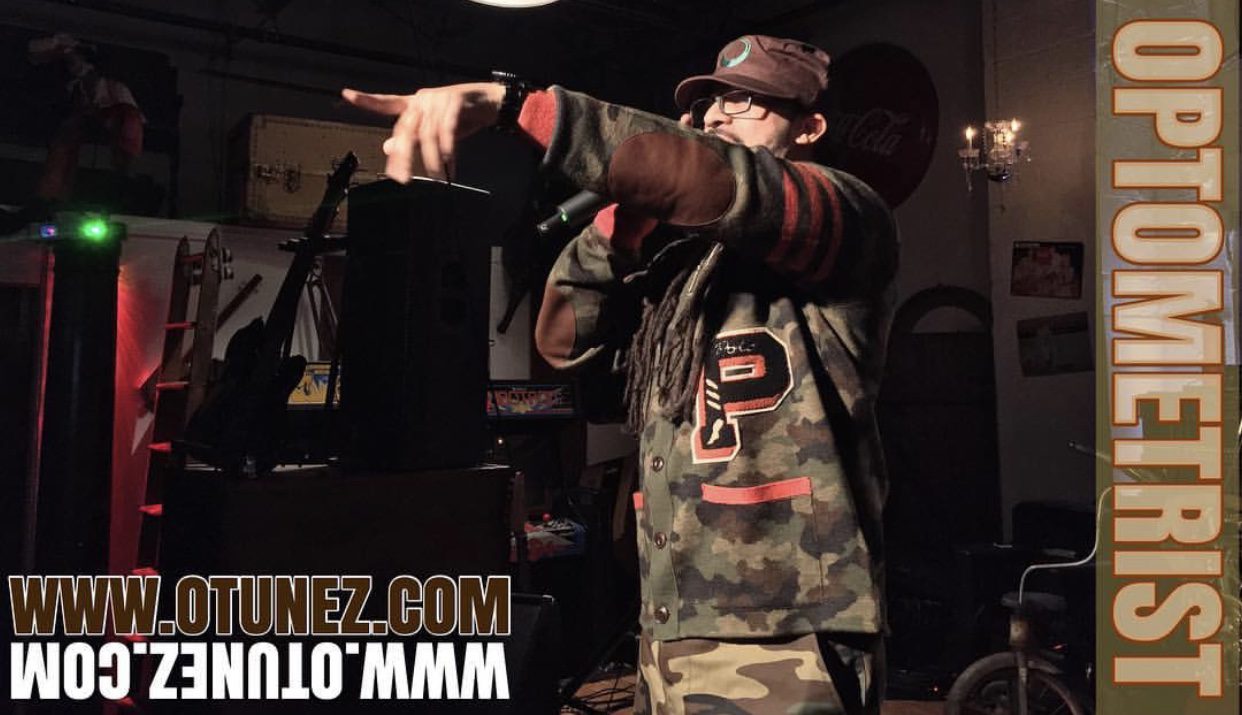 A Hip Hop MC by the name of Optometri$t, this born and groomed Shaolin (Staten Island, NY) product is an emcee whose hands approach includes his own engineering of his music. As well self-director and editor of his music videos. A philanthropist at heart, Optometri$t lends his talents to the empowerment and education of youth as he teaches music and production to kids ages 12-18 in both Brooklyn and Staten Island.

“I’m a family man with a wife and two kids. The oldest is 19 years old and he is a hip hop artist/producer as well. His name is B-EZ. My youngest is 2 years old. My music is a family affair. My wife handles some of my artwork production. She is behind the cover for my album, Boom Box Material. “

Dropping his first album Super Rhymes: The Pen & Pad Chronicles in 2006, Optometri$t has celebrated 12 year veteran ship this year. His forthcoming Predatory Tactix is on the way this corner as he looks to end the year strong before turning the next page on life’s calendar.

His journey is in homage to fallen soldiers whom he dedicates all of his performances, most importantly his father who was Vietnam vet. Besides his father one of his greatest influencers is his older brother whom introduced him to KRS One Cassette tapes in addition to Slick Rick, Big Daddy Kane, Kool G Rap and others. This is what Optometri$t considers Hip Hop.

“I would listen to all of my brother’s tapes when he would leave home. I would freestyle and imitate these emcees while performing in front of the mirror.”

By the 8th grade Optometri$t had composed his own freestyle over Kool G Rap’s “Brother on a Run.” Neighbors thought it was written. At that moment it was. Optometri$t was to contribute to the culture for years to come. For the latest on Optometri$t visit: www.otunez.com