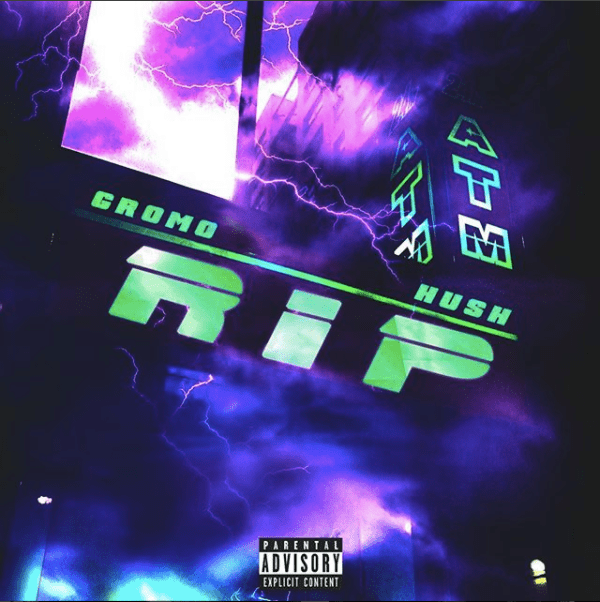 Following the release of “Roll,” Gromo and Hush team up once again to drop “RIP,” a catchy trap single ready for radio play. The release immediately intrigues listeners with reverse mallets, foreshadowing the melodious nature of the track. Alongside a heavy dose of bass and knocking chill-trap beat, Hush’s silky voice and clever lyricism provides further interest, vocally blocking all forms of negative energy. With nothing but good vibes and crisp production, Gromo and Hush are poised to make serious waves with “RIP.”

Brae Gromek, better known as the songwriter/producer/DJ Gromo, is a New York City college student with a passion for writing music. With his extreme dedication to his craft and talent, he has broken into the New York music scene. Furthermore, Gromo is bringing his music to a global stage, with appearances at Ultra Music Festivals in Miami, Europe, Japan, and Bali, and having appeared at the age of sixteen, he is the youngest artist to perform at the event. His music continues to define and evolve with the ever-progressing music landscape.

Hush is a multi-talented musician, producer, and artist from Los Angeles who began his music career playing drums in different bands throughout high school and college. He eventually found his passion for production and songwriting almost simultaneously while in school and was recently featured on Spotify playlists such as Germany Viral 50 and Northern Bars. The artist has amassed over 1.5 million streams in just under a year, with plans for future releases including new originals, an EP, and several collaborations in early 2019.