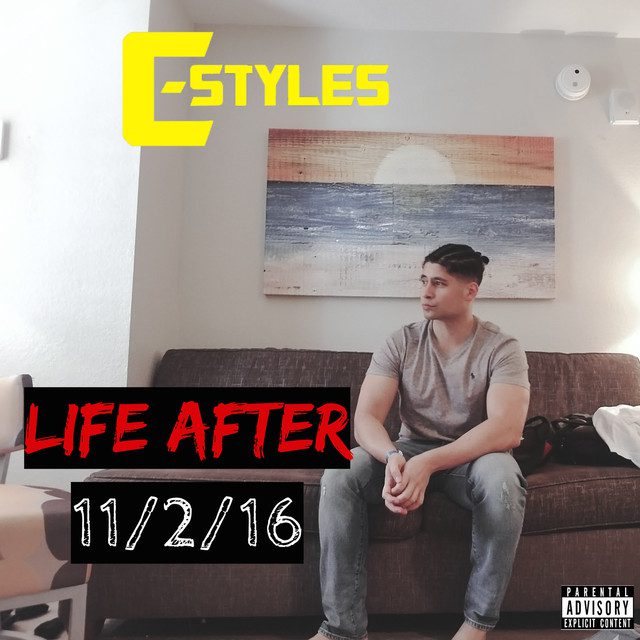 Chicago native, Brownsville TX resident C Styles has returned with his new body of work “Life After 11-2-16” which a solid addition to his growing discography. Staying true to his sound C Styles has one again delivered an articulate concept driven project packed with storytelling as well as some playful banter about the ins and outs of High School dating.

As a fan of skits, I can appreciate the Bryant to Rizzo interlude celebrating the ending of a near century drought (11-2-16) as his hometown Chicago Cubs’ hoisted the World Series championship trophy. Playing flawless into the theme of the project, it prepares us for the theme of life post – date embarked on by a 17 year old who experiences the greatest gift and tragedy all in one minute. The Cubs’ win, and the passing of his father who went as the final out was recorded. With nothing left to do but become the man of house, C Styles takes us through the journey in lyrical form.

On “Feeling Like I’m Superman” C Styles breaks down what it really takes to walk a mile or simply live a day in his shoes. Responsibilities on top of responsibilities. Hard work, fake friends, betrayal sacrifice and more. “Steppin Up” is an homage to some of the least heralded heroes known to man – Step Dads. Assisted by Elvia Padron, the Track celebrates those who step in as called upon loving single mothers raising kids who are not there’s biologically but certainly loved as if they are. Salute to all those who wear that crown.

“Reasons Why” has a therapeutic edge, touching on a gentle matter- suicide. Providing insight to some of the tribulations that have led to individuals taking their own life, allowing us a chance to understand them more. Adding a bilingual flavor to the project, on “Pesadillas” C Styles talks about the demons that are at war for his peace of mind. A super relatable track, “Pesadillas”, is what I call “champion music” that which aims at empowering the fighter in all of us who does not plan to succumb to adversity.

Back to the skits; C Styles gives us a VIP listen to his conversation with Amanda. On Ima Ask Her Out we are brought back to high school and the first time we had the courage to take it from a text to a phone call.   Rounding out the project, C Styles once again flexes the Latin Hip Hop Vibe on The First Time where we see the phone call works. Long live #WCW and shout out to Raul Lozano on vocals. The final track, Ana’s Song thanks her for her love and support with a boom bap vibe. “I was lost in the moment of crisis/ I feel like I might just give up and be lifeless / never thought about illuminated my life with emotional joy the way you came in life……..”

Hats off to C Styles for delivering a concept driven body of work which is definitely worthy of some plays so you can see just how life has been since 11-2-16. Catch up with C Styles via FaceBook.