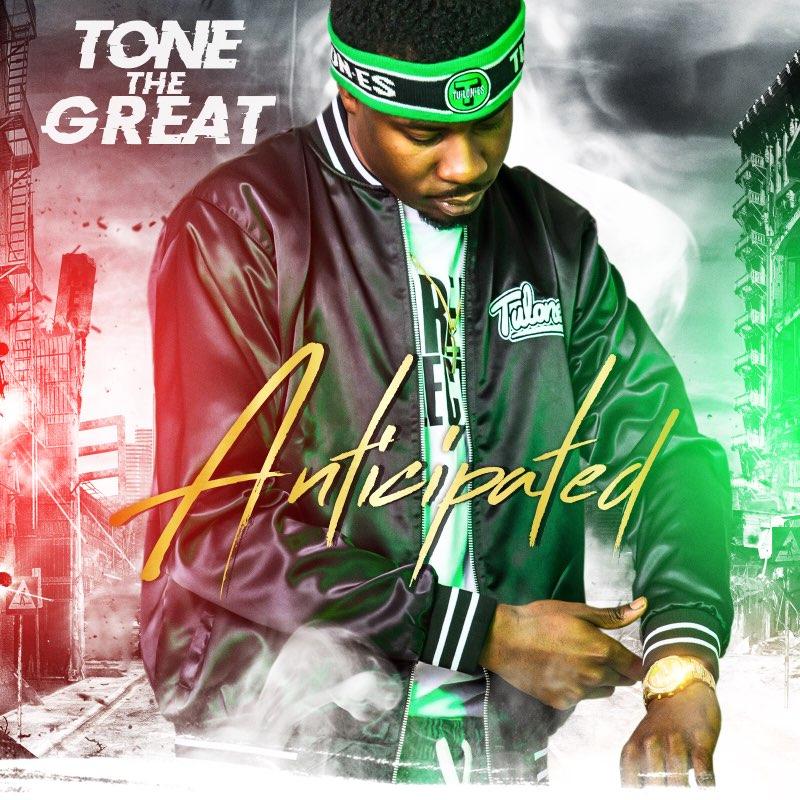 A proud representative of Alabama, Tone The Great is a rising Hip Hop act who has recently released his debut EP, “Anticipated” under the indie imprint, 8Lanez.  Starting off in a great key, “High Life” comes in with phenomenal energy as Tone The Great shares with us a lyrical balance as he puts us up on the blessings he already has today versus those which he sees in his future. Speaking it into existence, Tone shares his hope through bars  “my conscience keep telling me bro just be patient Kuz you gonna blow when the times right.”  A touch of personal, Tone brings us inside of his responsibilities in life as a father to be which he juggles alongside his ambitions in music. “They saying you’ll never make it in rap keep you a job  You bout to have a baby / But I tell him ’em I’m gifted for a reason I know it’s a risk but im bout to take it.” I applaud those who bet on themselves. That is the cloth I am cut from.

On the second track “Different” Tone The Great brings a different bounce and a melodic decree about the elements that make him different from the ops and his contemporaries. “We got the same but we got different vision.” This is surely music you can ride to as Tone The Great puts you onto game about what his life is while yours is not. Short and to the point, “Different” knocks.

“Find A Way” is for those who can identify with the struggle. Relatable and upbeat, his bars remind you of some of the darkest times in your life which have trained you to appreciate the sunlight of today. Evident by the second verse where Tone becomes witty on bars like “all the bars I drop are incredible I stay on point like a decimal / chicks be wanting the healing that’s sexual I got a very tight schedule / just a had a threesome last week with some twins I ash on the floor when I ride in that Benz. “ It’s safe to say Tone The Great has found his way.

Closing out the project Tone The Great slows it down a touch on the JulesTheWulf assisted “Girl I Know You Miss It” track where he has created an ode to his ex reminding her of what she is missing out on now that Tone The Great is up and “Anticipated” in this Hip Hop game. Wanna know what’s been anticipated. Listen for yourself.

The Good People “Hear Me Out” Video