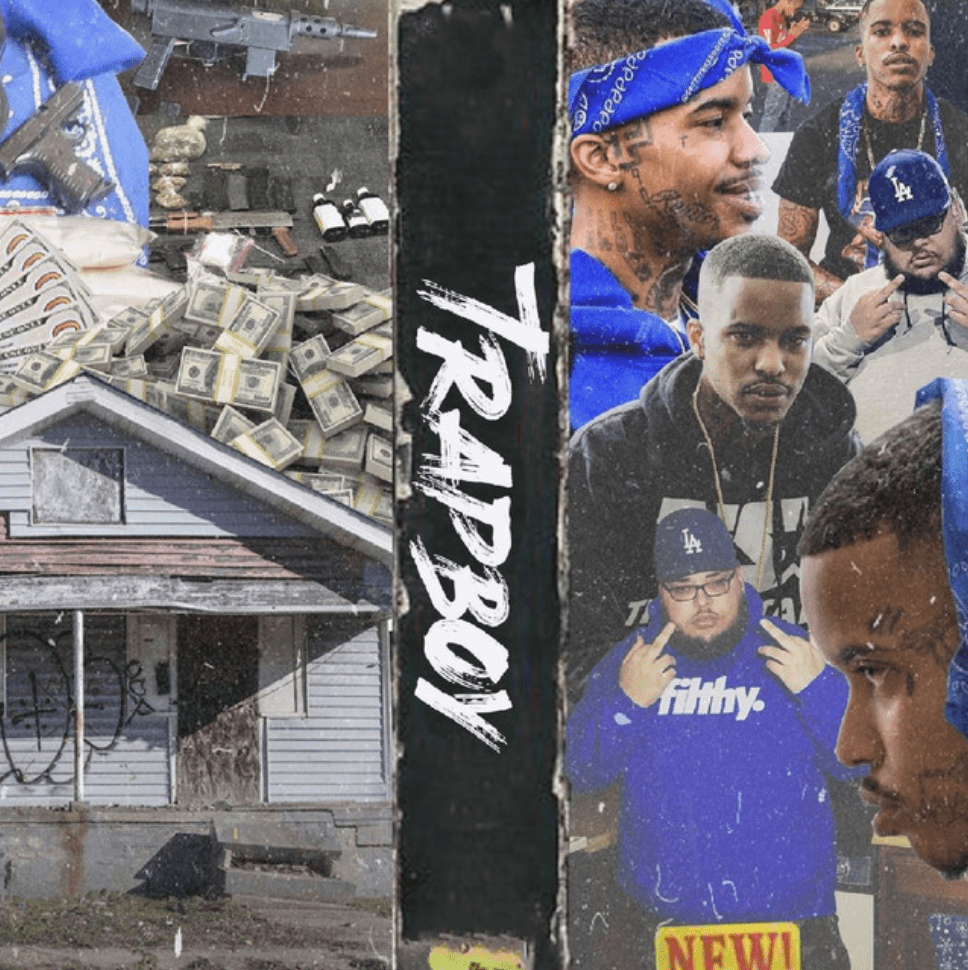 Recently San Pedro, California bred rapper MEXCCO released his project TRAPBOY, with heavy production from longtime collaborator and friend NIKEBOY. Anointing Valentines Day as a trap holiday for everyone from loving couples and the most rugged of individuals in the streets, MEXCCO continues his onslaught of musical and visual releases over the past few months.

“TRAPBOY is a Valentines Day release with my friend NIKEBOY, we got some other producers on there but he did most of the tracks. SWIFTY BLUE, DRUMMER BOY my guys SIETE and SLIM 400 are also featured on the project, so there’s a lot of energy on there for the fans.  A lot of NIKEBOY stuff been going up and I put a lot of energy into this. This is a lot of trap shit, that’s our main focus right now.” MEXCCO explained.  “There’s a difference between lying about it and really doing it, but there’s a way to going about it.”

The chemistry with NIKEBOY and MEXCCO is undeniable on this project as the two join forces for another West Coast slapper for the fans.

“He knows exactly what I want, it’s straight to the source. Once I hear the beat for 5 seconds I know that we gonna work on that song. We met after I found out about him a long time ago finding through my boy Swish. I always had him in my email, but I was in the studio and him and Cypress, we did a beat and I sent it to my boy Spike. Ever since I did the song TrapStar we been locked in.”

In addition to his work with with NIKEBOY, MEXCCO has released several visuals from the project. Says MEXCCO, “I just recently dropped the video for No Tellin and it’s on the tape. I’m dropping another one called, Ticket. Those are the songs that people were buying on pre-order so we’ll see what else the fans like.”

Growing up in San Pedro adjacent to Long Beach, MEXCCO has always been tied into the culture of Hispanics and Mexico, hence his name.

“I do it for all cultures. It’s not about the race but a lot of Mexicans are known as hustlers and go getters. Trapping isn’t just about rap and selling drugs. Once you a hustler and you make it out and you are successful, it’s all because of your hustle.” MEXCCO said. “It’s like one of them things where people don’t even know what I am. They might think I’m mixed or something but that doesn’t matter – it’s just one of those relate type things. A lot of my rap friends and the people I work with are Hispanic. I got a wave going and they rocking with me and I fuck with them heavy. I grew up in LA I grew up around the culture. I’m knee deep in this sh*t.”