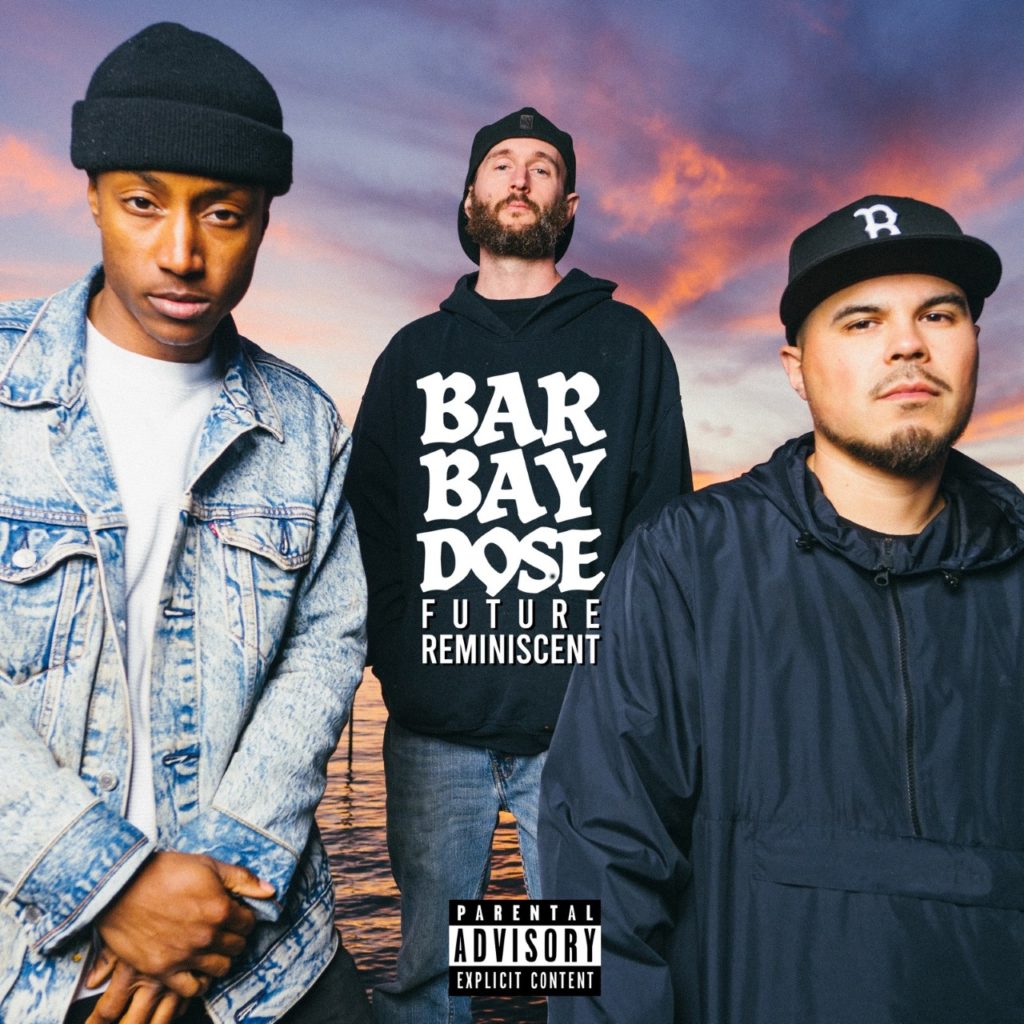 Aside from hiphop being the given genre, the core values of the culture and rap revolve around having fun, being dope. The overall sound evolves, always. We just figured our genuine creativity could mesh our styles to produce something concrete each time we established a session.

How did you come up with your name Barbaydose?

It came about during our first creative session. It began as a word game, by which we used “bar” as a prefix or suffix of words and names. For example “Barshawn Lynch” aka Marshawn Lynch or “barsided” which is high sided in Bay Area terminology. Essentially celebrating the creativity of having “bars” in various ways. Once we settled on ‘Barbaydose’ we did our research on the etymology of the newly created moniker which broken down in a combination of ancient languages translates to “sons with the gift of words. “

Seven years ago before Barbaydose studios, Hiright and J.MAL were neighbors in El Cerrito before & the two were introduced through J’s cousin prior to when they began collaborating on their earliest works such as J.MAL’s 2nd mixtape, “So.Matic” which was fully produced & featured by Hiright. A few years later, B.Sidez & J.MAL ended up being introduced through Pep Love, of Hiero, at a studio session. B. & J.MAL Begin their collaboration, & later Hiright is introduced to a follow up session bringing the trio into full form for the first time.

How is the independent Hip Hop scene out in Oakland?

The Bay Area is the epicenter of independent hip-hop culture. From E-40, Master P, Too-Short to Hieroglyphics, out the trunk culture has always existed out here. The basic foundations and blueprints have been here since the beginning so it is an honor to carry on the thriving legacy of independence.

How are you guys dealing with this whole Covid-19 CoronaVirus? Has this affected your music career in any way?

Well our project is entitled FUTURE REMINISCENT for a reason. We basically predicted a Paradigm shift in people’s thinking. We saw a trend in the amount of social movements popping up and wanted to release our music at the right time. The lockdown hit and we knew it was time to release the music. Obviously we cannot tour or play shows at the moment but we truly believe COVID helped us get the traction we needed to help with our movement because more people were at home listening and online. We also use zoom a lot more lately.

What separates you from other Hip Hop groups in the game today?

Our mission has always been to make music WE want to listen to. The vibes we grew up on are few and far between nowadays so this project was like an Ode to our childhood musical experiences. Each one of us brings something different to the table. Hiright brings hard hitting MPC driven soundscapes and brilliant mixing/mastering abilities, not to mention one of the most epic voices around. J.Mal tends to offer an effortless uplifting energy, relentless researching abilities as well as various lyrical cloud formations. Bsidez brings his many hats to provide masterful messages, as well as an ability to capture visuals in unique creative ways. Together the combination makes for a perfect blend of hip hop music.

Our biggest influences are each other.  We constantly put each other up on new music, new ideas and new concepts. Our music is heavily influenced on early golden era hip-hip that includes, Hiero, Wu-Tang, Dilla, Tribe, Nas, Mos Def as well as newer artists such as Curren$y, KRIT, J. Cole, Nipsey to name a few.

Youguys recently dropped a new album titled “Future Reminiscent” across all streaming platforms! Please give us some background on that project!? Could you tell me the inspiration behind the project and artwork?

We draw aspects from the past and look beyond our current state and hopefully create something that blends old and new together. The artwork was created by Bsidez with photos from our first shoot together.

How does social media play a role in pushing Barbaydose music?

We have been using Instagram and twitter to promote with our current fans of other solo projects with the hopes of pushing interest and traction for our new group and project. We have had a great response and hope it grows organically over time.

We have to ask, with all this social discourse and revolt, protesting and rioting, exposed police brutality toward blacks,BLM movement, how do you guys feel about this? We would love your perspective on the climate we are living in right now?

Our country is sick to its core. In the systems that were created to build the capitalist system of oppression to the ideologies that are taught to the youth in texts from grade school through college. We must tear down these ingrained beliefs and systems then rebuild this world over time with equity, equality, empathy, acceptance, understanding and love. There is so much pain and hate, it will be a long difficult road. Focusing on healing, & building ASAP is needed and that comes with accepting our parts and being patient with ourselves and each other.

What are a few different moves you guys are making for 2020 when it comes to your music Careers?

A lot actually. We are currently recording our second Barbaydose record and are planning on releasing a few singles then some EPs and singles with our larger collective of artists we collaborate with. The next few months you will see some of these come out and
then 2021 the follow up Barbaydose record emerges.

First off IndieHipHop.com for taking the time to share the record and writing such kind words about Barbaydose and Future Reminiscent.

All of our fans, old and new. Anyone who took the time to listen to and share the record. All of our peers and elders that helped create our environment to become Barbaydose. Our friends and families that love and support us everyday while pursuing our passions.