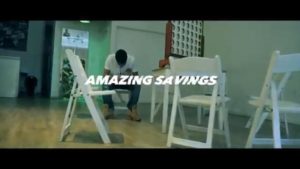 Hailing from the boro of Brooklyn, New York, True Pax has quickly ascended to the top of underground music scene. With interviews ranging from top New York radio stations WVMR New York and DTF Radio, Pax has created a unheralded buzz with his first project, Identify The Mindset. Formerly known as 200C, the recent High School graduate is in process of releasing his first full length project with the support of his own crew/imprint RTD (Remember The Dreamers). Pax is currently promoting his first major single, “Amazing Savings”, while performing across New York City venues such as The Mockingbird and SOBs. Check out the video below: