Marcel Alexander – “Got Nothing” (Video) 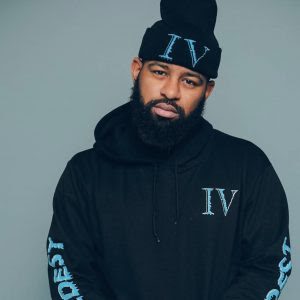 From writing poems and freestyling in his school’s lunchroom Marcel Alexander has always been involved in the craft of making music. Which subsequently Paved the way to a rising career in the rap industry. Born in Queens, New York, and raised in Stone Mountain, Georgia, Marcel was always been heavily influenced by music. Taking pointers from the likes of artist such as Michael Jackson, Jay-Z, and Kanye West. Even though he did not partake in the singing aspect of music, Marcel still allowed every part of it to develop his craft. Marcel Alexander unveils his new video, “Got Nothing”.

Marcel on making, “Got Nothing”:

“The main concept was to have three different directors come together and let them do their own thing with the song and in post production we would blend the three different concepts. I only had the opportunity to shoot with two directors. Each director had a certain verse. With the hook I wanted to intertwine both video concepts. When we got to the post production the other director didn’t come through the way I thought they would so we dropped it. I used all of Caleb Seales shots and he did a great job with the footage he had. Still may try the three different concept in the future.”

When asked what’s to follow, Marcel had this to say:

“More videos. I just shot EinnerGy video. People really been filling that song especially during my performances. Going to shoot a video for What’s Your Vice as well. Currently working on my 96 EP with SlowKings and Official Entertainment.”

Stream the new video above.