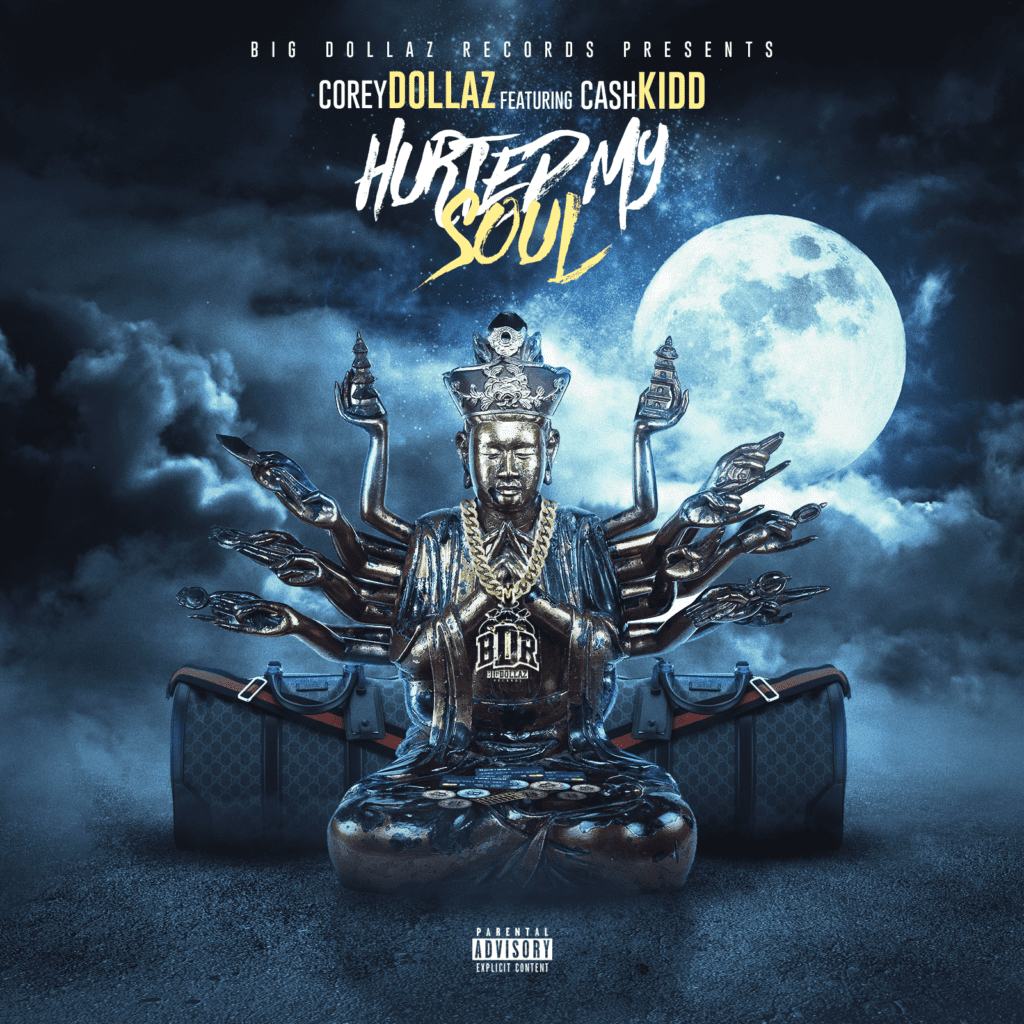 Atlanta-meets-Detroit as Hip-Hop’s hottest newcomers Corey Dollaz and Cash Kidd come together for the new song, “Hurted My Soul”. Following his 2017 breakout, ‘Flossin Season’, ATL’s Dollaz prepares for a breakout new year with a reflective piece that will quickly break onto the mainstream landscape.

A must-hear, “Hurted My Soul” exhibits Corey Dollaz and Cash Kidd’s exceptional story-telling abilities as the two trade tales of overcoming poverty. Cash Kidd dealing with having nothing and relying on the hustle of both streets and music to provide himself a better life while Corey Dollaz dealt with a life of crime that lead her to music. Impactful, therapeutic, and buzzworthy, “Hurted My Soul” is the standout track that will transform Corey Dollaz into a breakout star of 2019.

Dollaz on the making of “Hurted My Soul”:
“For so long, I let everybody else tell my story for me and put they’re twist on it with rumors. ‘Hurted My Soul’ is the first time on wax I spoke on the Murder Case I fought where half my team told on me.”

“Hurted My Soul” is available everywhere via Corey’s new indie imprint Big Dollaz Records. The first release from the new entity that is set to be the first wave of hot new music leading into the new year.