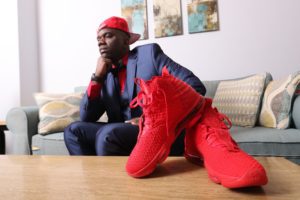 To begin, Dr. EnQi states those are rumors based on his video, “Rabbit Got The Gun.”  He has an album being released by the United Plates of America based on the urban documentary, SOULCRAFT. The buzz and frenzy are pretty intense leading people to chatter about the leading single “Rabbit Got The Gun” as if it was based on actual events. Dr. EnQi commented about receiving countless calls, texts, and messages about sticking up Polight and Saneter, pistol-whipping Billy Carson, and several other fallacies.

To truly comprehend you need to listen and watch the visuals. He states, “I just spoke to the feelings of the community being outraged at the scams and fake sh$t! People are realizing Polight probably even scammed Dr. Sebi with the story of Diabetes so many have lost time and money, it’s sad. We were all fooled!”

“The music is just the next chapter in the Soulcraft Urban Documentary Series. There is no way to completely address the soul without dealing with the effects of music on biochemistry. I have been renamed by some of my more passionate followers as FOTS short for Founder of the Soul.”

The album isn’t about robbing and kidnapping Muslims or conscious teachers, rather, according to Dr. EnQi, it’s Binaural Beat Science and Cymatics in Synesthesia combined with “The Love Below” and “Get Rich or Die Trying” and a splash of “Thank Me Later.”

“Industry insiders are calling the album the dawn of a new era in rap” -Dr. EnQi

Dr. EnQi is the first-ever authentic leader from the conscious community to fill a huge void for music in their niche or growing subculture. J. Cole, David Banner, and others have attempted to pass themselves off as part of the conscious movement, but according to Dr. EnQi, they are seen as frauds by the community. The album is produced by WorkMajor, Madd Bass, RKitech & EssMan, and collectively they have produced for Jodeci, Eminem, D12, 50, Naughty by Nature, Sticky Fingaz, Tyrese, The Hit Squad, EPMD, Fat Joe, Keith Murray, Buckshot, G-Unit, KSolo, Def Jam, Universal, Interscope, Sony, Warner, Bad Boy, Tommy Boy, and Atlantic Records.

“Accepting there’s a huge community without any musical representation has created a gold-rush mentality, however, we need conscious artists to tap into it. This album is a global classic, and it’s both amazing and refreshing how ‘street’ it is while remaining highly conscious.”  The album is coming soon, so stay tuned! Watch “Rabbit Got The Gun” and connect with @DrEnQi on Instagram and YouTube.