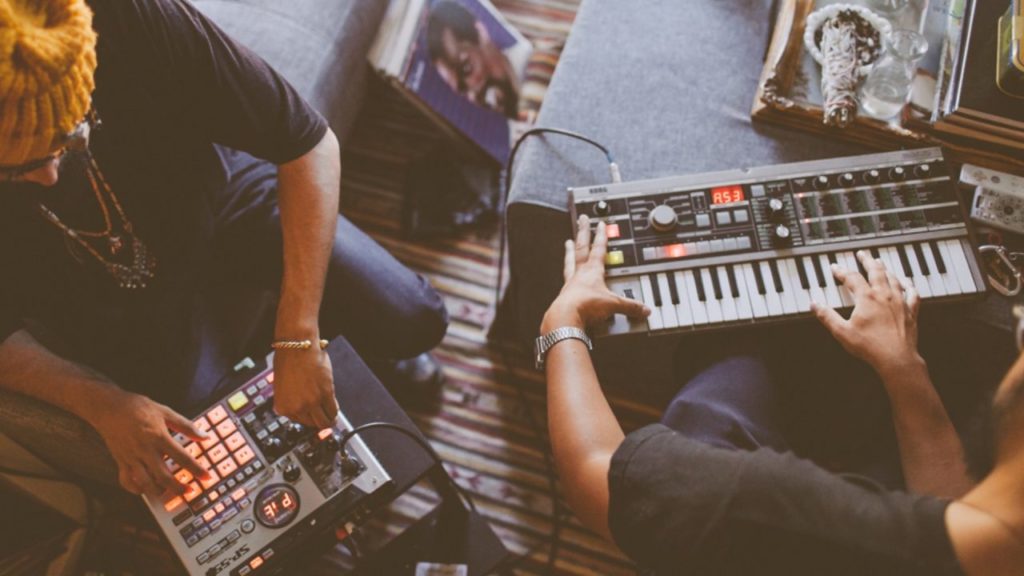 Hip hop music was once considered to be a passing craze but has since become one of the main genres of music. Music producers often see this genre as the easiest to create because there are only a few instruments needed to create the right sound. Let’s explore some of the most popular instruments used in hip hop music today.

The History of Hip Hop

Understanding the instruments used in hip hop music should always start on the history of the music itself. The genre originated in Jamaica and combined the culture of the country with rap music to make a rustic, street sound. Hip hop music focuses on the groove and beat that come from other genres of music. Nowadays, there are many different types of hip hop, but most stay consistent in how they are produced and the instruments they use.

Think of a turntable as the guitar of hip hop. It’s the most recognizable instrument used in this particular genre. Seeing a musician behind a set of decks working the turntables is synonymous with hip hop. The reason why this is the main instrument in this particular style is that it allows the musician to make basic and simple samples from premade material. Turntables also will enable you to create sounds no other instrument could make, such as scratching and skipping.

Manual functions that were initially done using the turntable have now been made using samplers instead. Samplers are a kind of synthesizer that digitally loop the music. This allows music producers to create the same kinds of sound a DJ would behind the decks. Drum loops and hooks are both created using samplers. It has now become an almost essential instrument when making hip hop music.

Synthesizers are utilized in mainstream hip hop for lead and bass lines, as well as other sound effects such as horns. There are no hard and fast rules for what synthesizer you have to use to create hip hop music. Big names in the industry have used over-the-counter consumer models for years. It’s just a case of whatever works for you. The older models are now becoming popular once again, such as the Roland Juno 106, MiniMoog, and OSCar. Modern versions that are also used a lot in hip hop music include the Yamaha Motif, Roland Fantom, and the Korg Triton.

Drum machines are another instrument that goes hand in hand with hip hop music. A drum machine is an electronic form of the instrument that helps to create multiple drum sounds that all play at once. The use of a drum machine has freed up the musicians from relying on premade samples. Both DJs and music producers can now use these machines to create their own custom beats. The introduction of drum machines has advanced the hip hop industry into the future, making less time for samples and more time for creating new music.

Producers of hip hop music use analog keyboards combined with digital synthesizers to make the music you hear today. The reason that synthesizers haven’t wholly replaced keyboards is that they provide a more old school sound, making the music more authentic to the genre. Synthesizers imitate sounds, and this emulation takes the flavor out of the music for a lot of people.

While not technically considered an instrument, computers are used a lot when creating hip hop music. Producers now rely heavily upon the programs to put their beats and music together. Computers allow hip hop musicians to fit samples, beats, vocals, and turntabling into one cohesive song, making the production and recording of this music a whole lot easier.

Microphones are, once again, not technically an instrument, but they are vital for creating the right sound in hip hop music. Choosing the right make and model of microphone means that the nuances of a rapper’s voice can be captured properly, adding to the overall sound. Mainstream hip hop musicians will use more than one microphone ranging from low to high prices. This means they always have one on hand to suit any type of vocal range they want to perform.

There may be other instruments involved in the creation of hip hop music, but the ones mentioned above are the main ones we use today. Hip hop is continuously evolving as technology becomes more advanced, creating new and different sounds to take us into the future.