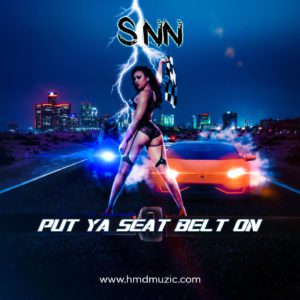 Artist, producer and songwriter SINN announces the release of “Put Ya Seat Belt On” off his forthcoming album titled ‘Know the Name, Know the Difference.”

The 25-year music veteran famed as “The Ryder King” switches up the game and introduces a new style for fans to embrace.  SINN reminds the world that he’ll do whatever it takes to succeed in life, music, and love. His captivating blend of bars and vocals exudes an infectious and invigorating vibe sure to have music enthusiasts head-nodding through the streets and into the clubs.

SINN’s deliverance of motivating, and at times edgy lyrics will ring over and over in your ears, so strap up and “put ya seat belt on” to endure this momentous ride.  “I know what it takes I like to drive all gas no brakes, put ya seat belt on my heart’s racin girl you better buckle up it’s a fight, knuckle up.“

Stream “Put Ya Seat Belt On” on preferred platforms