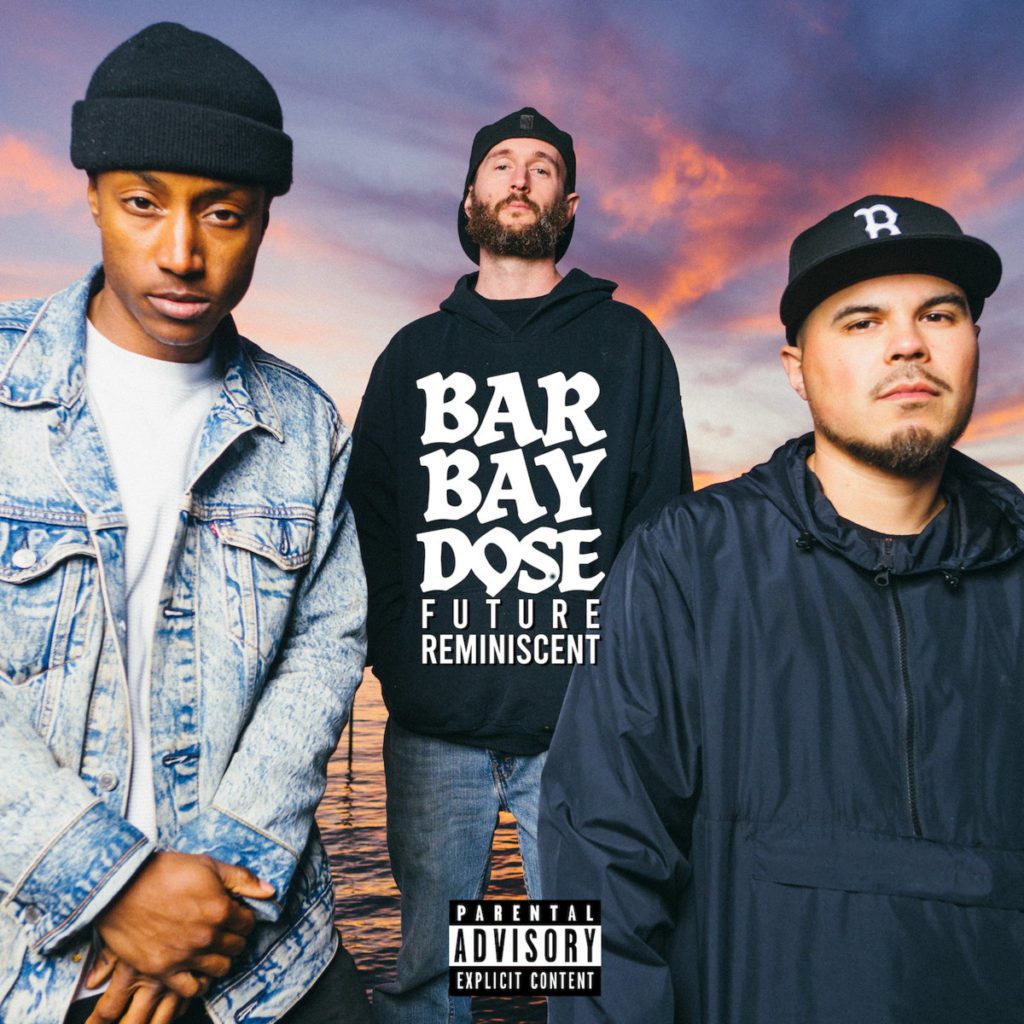 Barbaydose is a rising rap group from El Cerrito, Californa. Consisting of three talented rappers and producers, the trio has a vast skill set and loads of potential. Their anticipated debut “Future Reminiscent” has finally released to the general public, and it is exceptionally refined for a first album. With well thought out lyricism relating to various political and social topics, the record is culturally relevant and enjoyable.

Lyrically, The Barbaydose MCs spit knowledge confidently with their well-written complex rhyme schemes. Tracks such as “Wiseman” and “Rare Bread” display each rapper’s ability as they sound hungrier than ever with there raw confidence and delivery. The artists can show off their versatility as they rap in an array of different pockets on tracks like “Run it Fast”. The album gets even better when looking at the crucial topics they are discussing. Sore subjects like poverty, hunger, corruption, and greed are all covered by these rappers, and they’re not afraid to go in-depth about it as well. Overall, each rapper delivers a memorable performance on Future Reminiscent.

Sonically, the instrumentals on Future Reminiscent are beautiful yet straightforward. Predominantly fusing soul and boom-bap, songs like “UNI Verse All” and “Bars” thrive with there vibrant yet gritty sound patterns. Additionally, the beats sound very futuristic, which is extremely evident in the tracks “Rare Breed” and the self-titled track “Future Reminiscent”. The production does a marvelous job of engulfing the listener into the world and thought process of the MCs they listen to rhyme. As a whole, the intricate production ties the entire album together and makes it a truly compelling experience.

In conclusion, Future Reminiscent is an excellent debut that contains every component a dope hip hop album requires. The lyricism is thought out, profound, and, most importantly, powerful while the production is innovative and pleasing to match it. Each member does their part as they all bring something new to the table, either lyrically or sonically. I’m super excited to see where Barbaydose takes their talents in the future, as I genuinely feel they are just getting started.