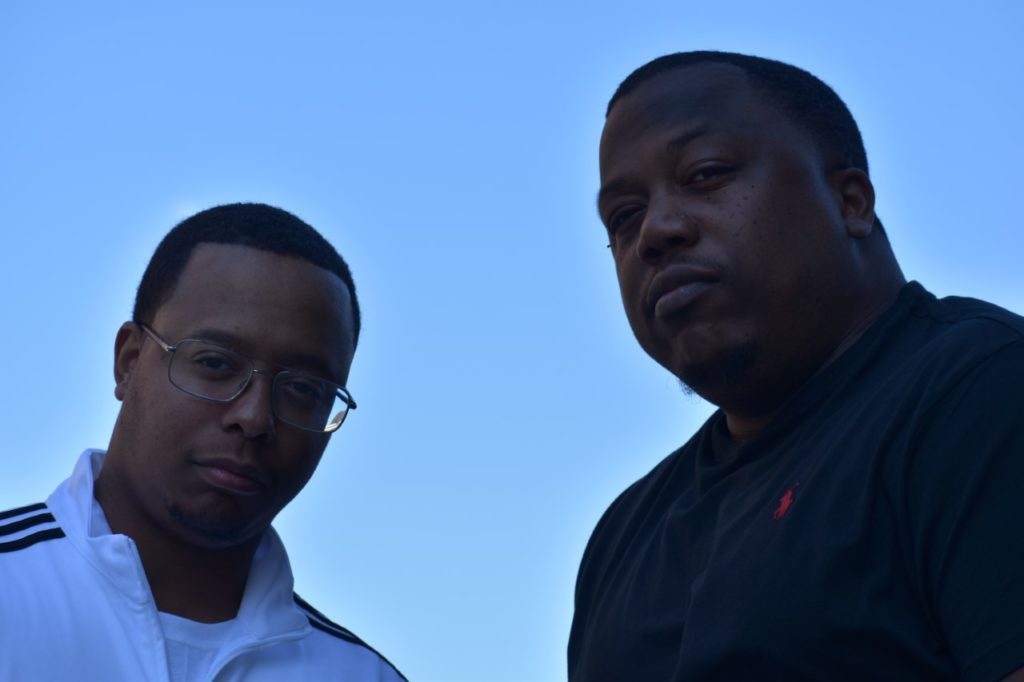 Shem:We have been rapping together for upward of 10 years and there haven’t been any rap duos since the likes of Mobb Deep, MOP, and some others. We decided to make music that reflected what we were influenced by as well as the way we think.

Stan: I agree with Shem. Storytelling has become a lost art in rap so we found our niche and stuck to it.

How did you come up with your name Skull -N- Bones?

Shem: The Order of Skull and Bones is a brotherhood that if nothing else is credited with a mentality that shaped a nation. We view ourselves as thinking men first but that may not be as safe or soft as people may often think. We see ourselves as similar in the fact that we have an agenda.

Stan: Also to add we’re calculated. Also the name induces people to ask “what does that mean”.

Shem: Stan was actually a friend of my brothers and they used to rap together. My brother actually introduced us and we kinda linked from there.

Stan: I heard him spit 100 bars of the knot and after that i was inspired to take rap seriously.

How is the independent Hip Hop scene out in New York?

Shem: It’s interesting. There’s a lot of talent but there is also a great deal of divide and insincere support. On many levels its love and others not so much so. But many artists are working very hard and its tough for them because NYC pretty much swallows everything. So most go unnoticed and there is very little accurate education as to what constitutes good business for indies. For those seeking major deals it can be better or worse depending. I think the industry would be surprised at what they’d find if they stopped for a second and signed based on talent as opposed to popularity though.

Stan: Yea, what he said lol

How are you guys dealing with this whole Covid-19 Coronavirus? Has this affected your music
career in any way?

Shem: It’s fine for the most part but we do have some events planned and it is affecting the opportunity to interact with the crowd in person. The live show is integral to what builds a brand so I believe that every artist is pretty much affected in that way. But there are always alternatives and we have some exciting things planned so stay tuned for that

Stan: This has allowed us to lock in and really get ahead of the curve. As you know the music industry is really fast paced. Since everybody has to sit down we used this time wisely and put in more work.

What separates you from other Hip Hop duos in the game today?

Shem: Well, first, the Skull -N- Bones is about the strength of brotherhood and thinking through high pressure situations. So our subject matter is certainly different and lastly the experience we describe as brothers is authentic and real life experiences. Sometimes characterized for the sake of things we can’t explain but nonetheless its who we are. As far as pure musical differences, we are restoring a back and forth dynamic you only get from a Jadakiss and Styles P, RUN DMC or Soothe Da Hustler & Trigger the Gambler.

Stan: I think also working together provides an interesting dynamic. It’s steel sharpen steel in the studio. It can get very intense. An atmosphere I don’t think a lot of artist are prepared to deal with.

You guys recently dropped a new album titled “The Tomb” across all streaming platforms! Please give us some background on that project!? Could you tell me the inspiration behind the project and artwork?

Shem: The Tomb is named after the facility owned by the order of Skull -N- Bones on Yale University campus. But a tomb is where the dead are buried and in a very metaphoric sense the entire physical world is a tomb. Many aren’t alive but believe they are. We are dead from the moment we leave the womb. The journey is to live more and more everyday as we become increasingly aware of our identity. So the subject matter on the project is harsh and has that vibe to pronounce the seriousness of being surrounded by the mentally dead and having to survive it. There is so much that we experience and can’t explain about life that you realize we don’t know much we are simply complacent with familiarity. We didn’t wanna do typical conscious talk so we approached from the side of the problem. But even that still a bit of a cryptic statement.

How does social media play a role in pushing Skull -N- Bones music?

Shem: At the moment it matters a great deal because it allows us to dialogue with our audience directly. If you want to know us we aren’t Hollywood or pretentious. Reach out. Also we know the things people complain about in reference to music and what has changed. It’s first hand knowledge of our market and after all we’re regular dudes and live everyday just like you. Rappers have separated themselves from the crowd too much & I think that’s how you lose people.

Stan: Also it gives us an unfiltered understanding of where we are. The internet is harsh so if it’s not good they’ll tell us and if it is they’ll fuck with it and it’ll show in the data. So in that case we can determine if the support is legit versus spamming people we know like most artists do.

What are a few different moves you guys are making for 2020 when it comes to your music
careers?

Shem:We both have solo projects coming and follow up of the tomb. Stan has a project called “Dillanomics”subtitled “The Trickle Down Theory”. I have Shem=Mc2 following that. Right now I’m on a mixtape called “Rap Behind Bars” hosted by Benny the Butcher and “Who Got Now?” hosted by Dj Kay Slay. There’s also this thing called “Murda @1600 but i won’t get too far into that. Stan already had a single called “FK YA FEELINS” available on all platforms that he’s going to be following up soon and his album will be along after that. Its a lot. The plate is definitely full so i’m missing stuff but keep in touch we got you.

Stan: We are making a huge push this year. Our mindset is “now or never”so you can imaginie how relentless we plan to be.

Any Shout Outs?
Shem: Shout to The Ghost Clique, E.Glover, Bad Man, The Most Talented, Lake, L and the whole 1800.

Stan: Peace to the Clique , Tom Wilson, Parker Lewis, Chels, KnowItAll, B.A. Badd, everybody in The Belt Holders, and the whole Down The Way.