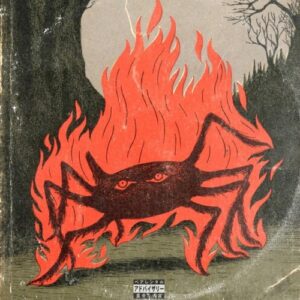 The Vengian is a rising rapper from Canada. He has teamed up with Houston rapper and producer Tedy Andreas to release their brand new EP titled “Arachnid“. Despite their opposite upbringings, will these two be able to come together and form a cohesive body of work?

Vengian shows off his gritty delivery and lyrical fury on the EP. The intro track “TheSoCalled” sets the tone going forward as Ven goes on a lyrical barrage in a spine chilling monotone delivery. With a mic presence this fierce, it’s hard to get what you just heard out of your head. Tracks like “Write Formula” and “Godist” continue to push the dark themes Vengian set out to create. “Auction Chant Voice” was a highlight for me as we see the Candian mc strings together a handful of double and even triple entendres for listeners to gaze at. The outro “WordPlay Exhibit” was disappointing as Vengian’s complex writing is drowned out by the overbearing instrumental. Overall, The Vengian shows off his ability to ride in the lane of modern abstract hip hop.

Sonically, Tedy Andreas creates the perfect soundtrack to accompany The Vengian. From the intro, we see Andreas strive at creating minimalistic beats that are intricate in their own right, but they still allow Ven to take the spotlight. “Godist” was my favorite instrumental as its light-hearted woodwind sample is a refreshing change of pace after “TheSoCalled” and “Write Formula”. “Auction Chant Voice” shows the pinnacle of Teddy’s abilities as the hard-hitting drums and spine chilling samples create the perfect horrorcore instrumental. All in all, Tedy Andreas shows he has a prominent future behind the boards on “Arachind”.

In conclusion, “Arachnid” is a phenomenal statement EP from a talented rapper and producer. Both artists handle their side of the project well as it comes together to make a scary, thought-provoking, and enjoyable experience. My only real issue was the poor mixing and the short tracklist, which made me want more. Going forward, I’m excited to see these two and especially the Vengian grow as artists and if you are too sure to follow @tha_vengian on Instagram!