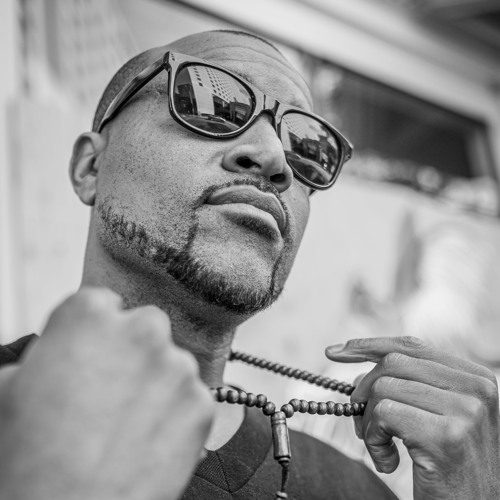 Where are you from?

I was born in San Francisco, I’ve lived throughout
the Bay Area.

What is the earliest hip hop memory you can recall?

My father brought home a bunch of records from his
job a woman gave away. One of those records was LL Cool J “Bigger and Deffer”.

I was fascinated by the cover, it was larger than life to me, I fell in love with it, before even hearing the music. The attitude and confidence LL exuded spoke to me in a tremendous way.

When I did hear the single from that album, “I’m bad” I became highly interested in all aspects of Hip Hop.

Who’re some of your biggest musical influences?

The list goes on, any artist that’s true to their craft and brings something unique I am influenced and inspired by.

Where did your moniker originate?

Onaje is my government name, it means “Owner of feeling, the sensitive one” In Swahili.

I added the dash to make it easier to pronounce to others.

So your from the Bay Area? How is the current up and
coming Hip Hop scene over there?

There are some incredible artists here, it’s very diverse just like the city itself. You have a little bit of everything, raw hip hop, trap, street, soul artists, It’s very eclectic.

Some artists to look out for are Najee Amaranth, Blvck Achilles, Kate Lamont, and Nobl.

How did you cross paths with Benni J?

Benni was a barber at a shop in West Oakland named “Uppercuts”. I used to go there and I met him. I later found out he rapped and we planned to collaborate.

We recorded our first track together “Get it right” in 2019.

Just last month, you put out the “Soul Rap Psychology.”
What was the inspiration behind it?

The idea was Benni’s. He realized that we both labeled our style of music “Soul Rap” so he thought it would be a good collaboration. As the project evolved I was inspired to explore deeper the psychology aspect of it. To me, psychology is dealing with how we think, and how we think affects our behavior. What we’re saying is that we are in tune with soul, our mentality is soul-driven so that’s where our music comes from.

How‘ve you been dealing with all the craziness going
on this year?

I’m still absorbing it, every day I’m learning something new, researching, exploring to come to my own conclusions. More questions than answers at this point.

My methods of staying calm have always been the same, lots of yoga, meditation, and outdoor activities.

Is there anything you’re working on right now that
we can expect soon?

I’m working with an artist named Becky Paradise who just released her first single from a series of upcoming tracks surrounding meditation. I arranged and produced the song.

It’s available to stream. This is one of the first artists I’ve produced for but I look forward to working with others in the future to bring their visions to light. I’m also shuffling ideas around my head for my next solo project, maybe calling it O-Najeizm.  Stay tuned.

Do you have any advice for those who want to step their
foot in as recording artists?

Yes, look to find satisfaction and validation within yourself vs looking for it outside from others. I think it’s very common now with social media for artists to look to those outlets for approval. The question you must ask is “Am I happy with my work”? That’s the most important thing. True fulfillment is found only from within oneself.

Focus on becoming the best artist you can be, mastering yourself.