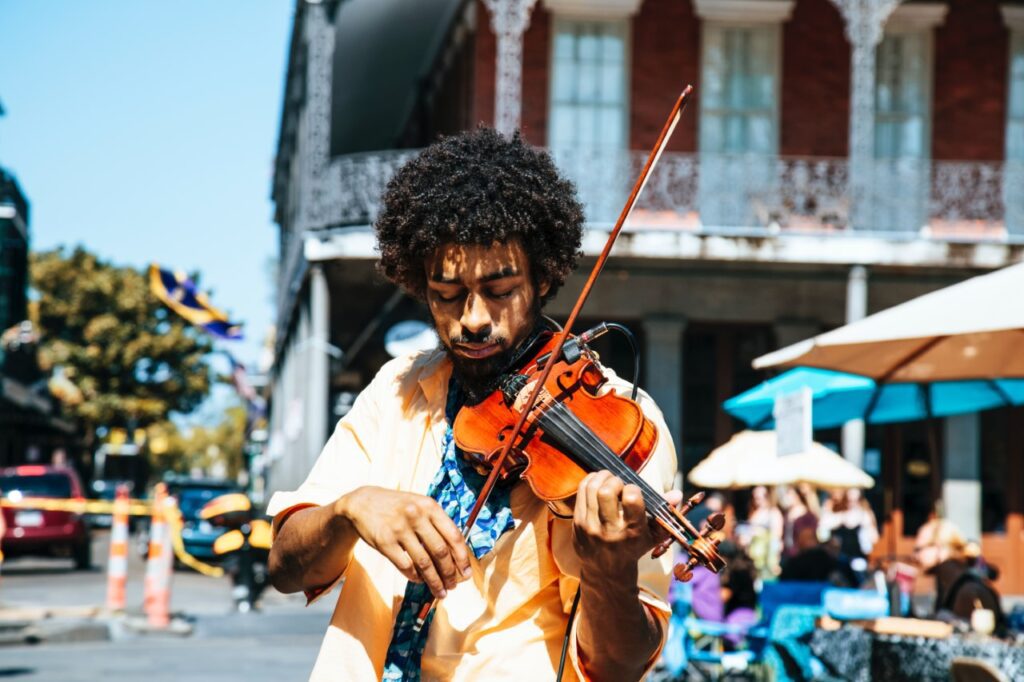 Hip hop songs aren’t often known for their connect with violins but many artists are turning to this classical instrument to add unique touches to their songs. Classical music and hip hop have been a great combination in both the music and dance world. We see this amazing collaboration work well in the dance film Step Up starring Channing Tatum. The combination works just as well in the music world too. This is why we’re looking at the top seven hip hop songs that work with violin and strings to produce great sounding tracks.

A classic from the infamous rapper and his record producing sidekick, Forgot About Dre feature violin heavily at the beginning of the song and throughout it too. The song was meant to address Dre’s critics as he returned to the hip-hop scene. It’s considered to be one of the original diss tracks that undermined Dre’s importance in the rap world.

Eminem features throughout the song with his signature rap style and the violin truly brings the piece together. Without that intro the song wouldn’t be as recognizable as it but we’re glad they could bring classical and hip hop music together so well.

Gangsta’s Paradise is probably one of the original songs to use violin in its intro and throughout. The violin in this piece is quite haunting which matches the theme of the song well. Many violinists have gone on to play this piece solo on their instruments because it translates well into a classical piece.

The song was originally recorded to be part of a film starring Michelle Pfeiffer and she features throughout the music video. Coolio wanted the song to be a rework of the 1976 Stevie Wonder song Pastime Paradise which is probably why he wanted to take a more classical twist on the hip hop genre. Overall, it’s a great piece of music that incorporates violin well throughout.

Come With Me – Puff Daddy

Based on the Led Zeppelin 1975 song Kashmir, P.Diddy who was then known as Puff Daddy at the time this song was recorded uses big, bold violin chords to great effect. Come With Me was used on the soundtrack for Godzilla and brilliantly blends the violin into the background while still making it sound amazing.

Puff Daddy of course is known for his style so it’s no surprise that he would want to make big and bold statements with strings in his music. There’s plenty of violin to unpack with this one and anyone who wants to play this piece can find the chords online.

One of the lesser known Kanye West collaborations is Overnight Celebrity by Twista. Kanye is a huge fan of violins in his music so it’s no surprise that some strings popped up in this collab. The song was actually produced by West and features his vocals as well as string pieces throughout.

The song was intended to be about Twista meeting a woman on the streets and showing her all of the things he could do for her. The violinist is Miri Ben-Ari who appears in the video and also went on to work with Kanye West in many more of his songs.

Without the signature violin sections throughout this song, the piece wouldn’t be nearly as powerful. The Chemical Brothers were known for their use of violins and other stringed instruments to make huge impacts with their music. The song actually uses a string sample created by the Moroccan pop singer Najat Aatabou. It featured in their song Just Tell Me The Truth and makes for an excellent addition to the overall song.

In the US many people may remember this hit from the popular Budweiser commercials. It won a Grammy award in 2006 as well as the album the song was featured on walking away with a prize. The singer said the song packed such a punch because of his golden microphone but we’d say it’s the violin that gives it that extra wow factor.

Now, you may think Runaway by Kanye West is all about the piano but if you listen carefully you can hear the strings in the background, filling out the song beautifully. The tender track not only packs a punch with its sound but the lyrics are something else too. There’s quite a lot of conflict between West’s words and the way he composed the song. When asked about the song and its lyrics, West commented that it was about his own personal relationship with society.

The outspoken star debuted the song in 2010 on the stage for the MTV Video Music Awards. While piano players will find a lot to love in this song, strings players can get in on the action

with those big, bold chords played in the background. Make sure to check out the free chord sheets available for this piece online.

Fort Minor were the perfect collaboration of hip hop and rock. With the artists proclivity to use strings in their other band, Linkin Park, it’s no surprise that violins appeared in this band’s pieces here. The song was penned to be about what artists had to go through to make a name for themselves in the music industry. According to Mike Shinoda who was also of Linkin Park, it was meant to break down the science of music.

The band was credited for their effective use of strings, especially the violin throughout the piece. Shenoda was known for his violin playing in Linkin Park and the instrument translates well over into the hip hop genre. Chords for this one are everywhere online so can be found easily if you want to learn to play for free.

That’s it for our hip hop, violin collabs. While there are more to this list, we’ve picked out the best that make the most impact and pack the biggest punch for violin players everywhere. Remember to comment your favorite songs below and make sure to share if you enjoyed our article.