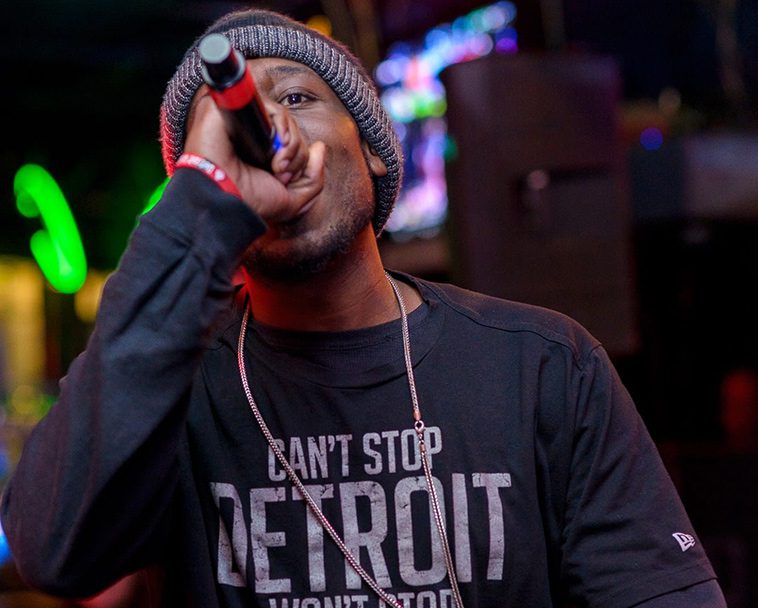 Performing at Shady gang tour with Kxng Crooked Swifty Mcvay Obie Trice rocking the crowd at least 30,000 people the show was insane it was a great show one of my fondest memories.

I would say my versatility I’m able to produce rap and song write and I’m more self-contained me and my team function as a label with the ability to Market and promote my music in today’s market.

I would say when I was younger it was hard for me to express myself cuz I was going through so much at a early age so music was my outlet having the ability to put the words to a blank sheet of paper and rap it over beat was a gift from God. Watching peoples reaction from it shocked them because everything I was rapping about was true and real.

Where did your moniker originate, Fame-ous Barz?

Back in 2015 I was offered a deal with No Limit Forever entertainment and I was offered a lot of independent rolls in Detroit for acting so when I set out to do music I wanted to be known for my music and the main factor where’s my barz so I wanted to be famous from acting can I spit bars so there you got it Fame-ous Barz. I originally rap under the name Fame and I wanted to continue using it so it fit my persona.

Has this Corona Visus interfered with your music push?

Not at all it kind of made it better for me because I wasn’t able to shoot my music videos for my singles because other restrictions and curfews that we have currently in Detroit but it made me showcase my artistry and the graphics and the visual artwork to match my music and make music that’s true to my life and connects with my fans worldwide.

What do you hope new listeners take away from your new “My Ambitions Life Or Death Vol. 1“ Album dropping in June.

Overcoming the odds not letting anyone are no obstacles stop you standing for something and not falling for anything my music really imitates my life because the story’s that you hear my music is all real there’s nothing fictional about it so I overcame a lot of obstacles betrayal Redemption ambition jealousy Envy going to war with people I have love for and and no matter what these people have done to me I’m still standing and obviously I meant more to them then I did to me and the aftermath is being blessed with the success of the music.

With my album being released most definitely when you hear my album you’re going to be shocked surprise it’s going to really mess with your emotions you’re going to have a great time it going to feel like you can stand up to anything if you believe in yourself and through faith in God you can overcome anything and learning that the people you love are worth fighting for and sometimes is really hard when those same people turn on you just to spite you.

Where do you see yourself in 5 Years?

Having one of the biggest multimedia conglomerates in the industry.

Any advice for new indie teen artists who are considering becoming a rapper?

Learn the business believe in yourself and I have lawyers watching lawyers so you won’t go broke surround yourself what people that believe and your vision I have your best interest and don’t believe the hype and watch out for people that try to sell you dreams and if they don’t put the money in your hands it doesn’t mean anything.